I sat in the waiting room at Bodø station alongside a few other souls who had turned up way too early for their train. A charming little display of historical railway memorabilia harked back to an earlier era. The present-day station is a modern affair, with two tracks for passenger trains either side of an island platform, and a small freight yard.

I was leaving Bodø behind to return to Oslo, a journey which would see me on the rails for 18 hours or thereabouts. The first leg of the journey would last just under 10 hours and take me to Trondheim for an onward connection to Oslo. 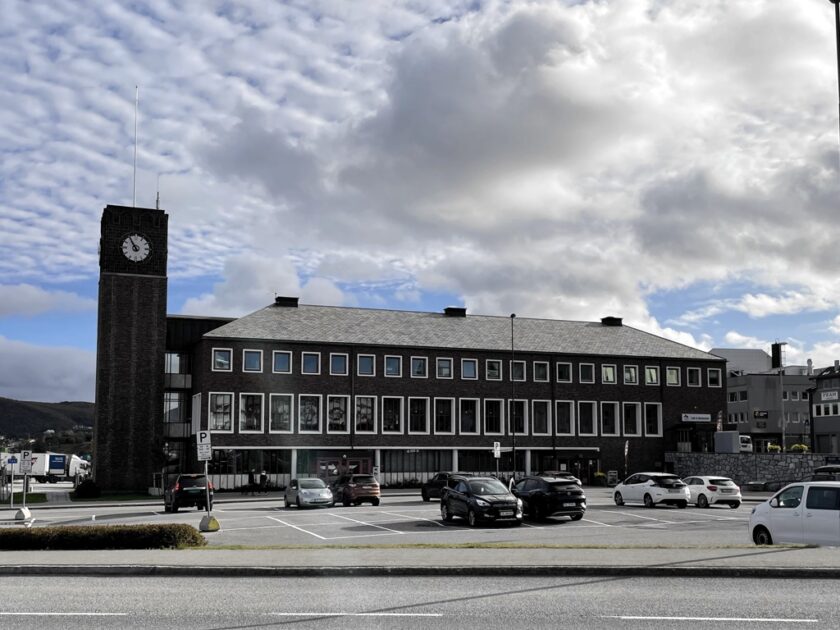 My journey would take in the full length of the Nordlandsbanen, the 450-mile route that winds its way through northern Norway to Trondheim. I was pleased to be on a train this time, unlike my rail replacement bus experience a few days earlier.

The line was built in phases from 1935, including a period of construction during World War II spearheaded by the occupying German forces. It was finally completed in 1962, being officially opened by King Olav V of Norway in June of that year. 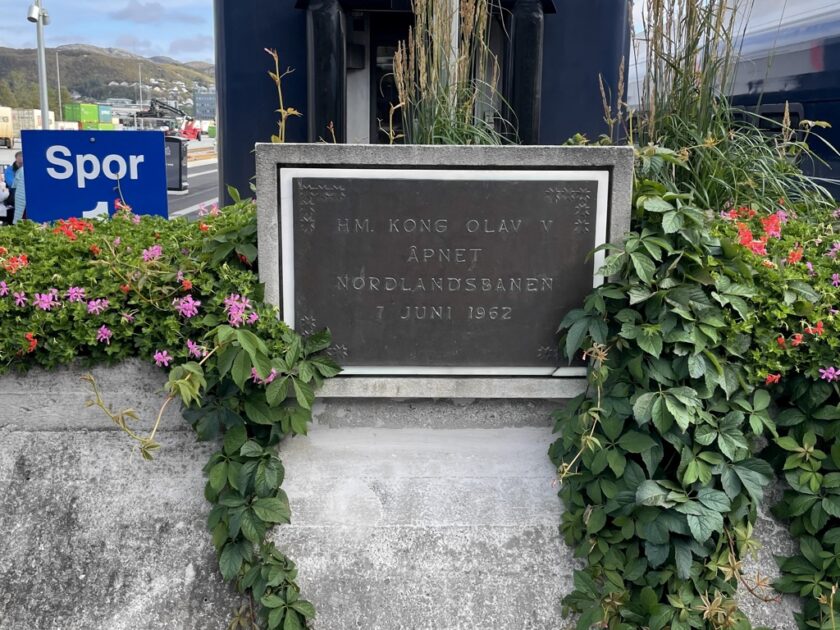 Unusually for Scandinavian railways, the line isn’t electrified. This did mean the throbbing engine of a diesel locomotive would be hauling the 12:27 to Trondheim, which suited me just fine.

Proper Train to take us back to Trondheim 😍 pic.twitter.com/kJv6h6Y52i

The train with its smart carriages were again operated by SJ Nord. Sadly the coaches suffered from that problem that affects far too much modern railway rolling stock – seats that don’t line up with the windows, meaning some unlucky passengers get a restricted view. For a scenic route like this, that is pretty unforgivable. Luckily my seat had an unobstructed view. 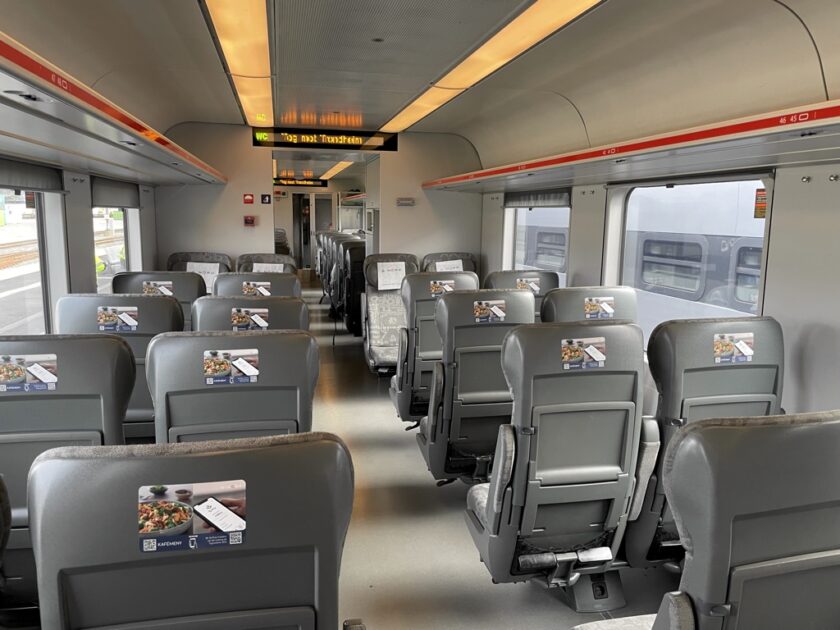 Pulling out of the station on time, we set out for the long journey to Trondheim. Some stations were barely halts, with just a small shelter. Others were more substantial, with a smartly dressed member of platform staff giving the “right away” to the on board crew. All were immaculate, clean and tidy.

And the scenery, again, was unrelentingly beautiful. It didn’t matter that I had seen it a few days earlier from the bus. This was a repeat viewing I was all too happy to enjoy. 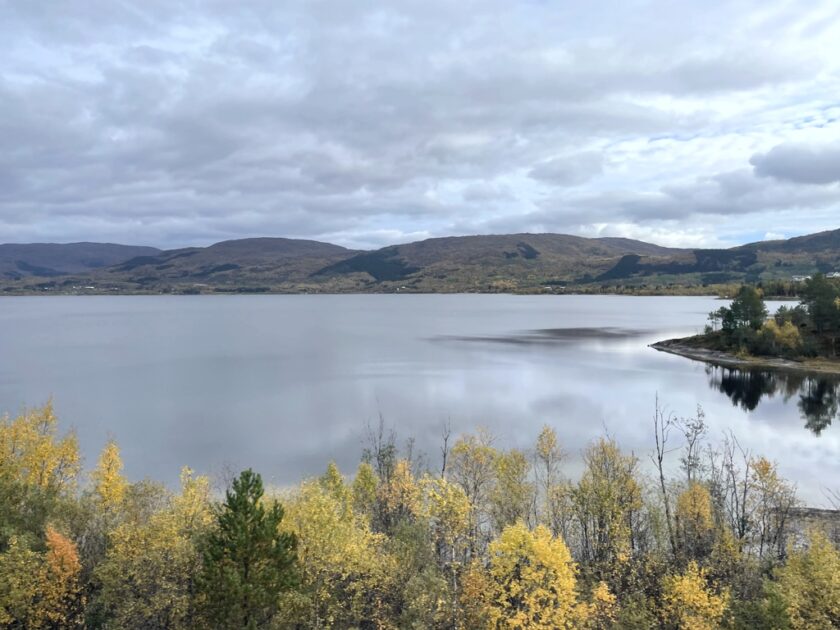 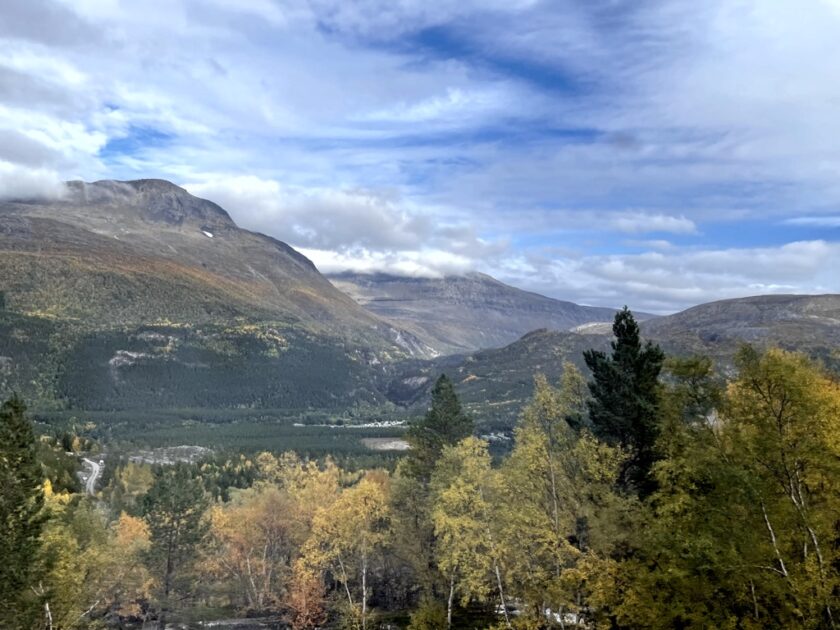 A man sitting across the aisle from me unfortunately missed most of the views. He boarded with a six pack of lager and rapidly chugged all of them, with the exception of one can which he knocked over, spilling its contents all over the aisle. Having mopped up his mess, he promptly fell asleep, snoring for most of the trip.

As the afternoon wore on, I began to feel peckish. The train had a full dining car aboard, so I ventured there to see what it had to offer.

I thought I would have trouble decided what to eat, but one item on the menu leapt out at me. MOOSE BURGER.

I took a seat with my beer and watched the scenery roll past as I waited for the burger. Sadly my skills at pouring are still not up to much, and I ended up with a massive foamy head. And then I poured the beer, etc.

The burger duly arrived a few minutes later. Sure, it was probably just microwaved like most buffet car fare is, but it was lovely. 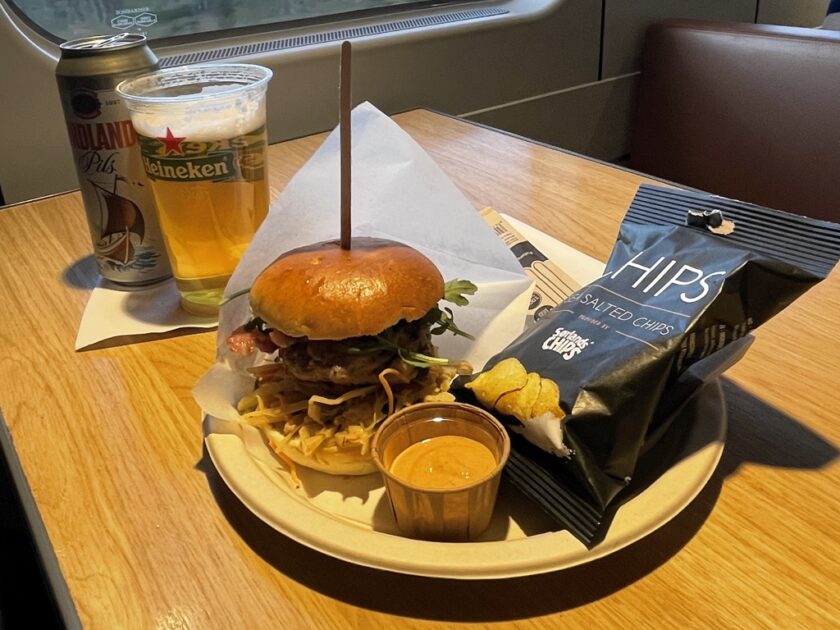 Suitably satiated, I returned to my seat. Darkness began to fall as we continued towards Trondheim, our train a small point of light in the blackness of Scandinavian night. The gloom was punctuated occasionally by stops at stations whose brightly-lit buildings stood out from the dark like beacons. 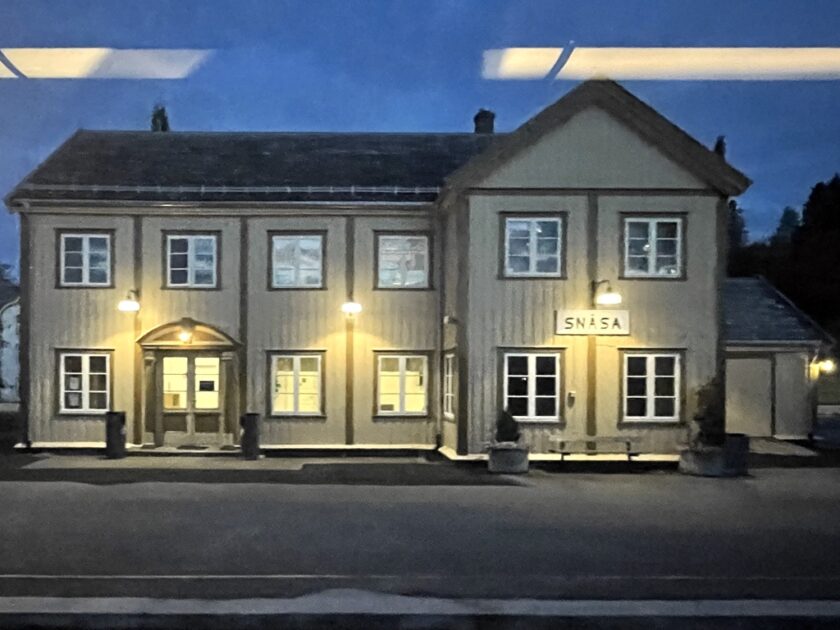 The conductor came round and, noting that my ticket was for Trondheim, asked if I was connecting onto the sleeper train to Oslo. When I responded in the affirmative, he produced a plastic card – my room key. This meant I would avoid the need to check in when boarding my next train, and could go straight to my compartment – a small, but helpful detail. 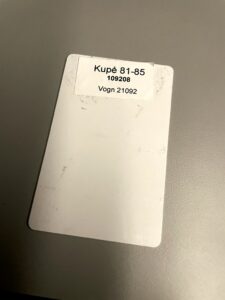 We pulled into Trondheim Sentral about 13 minutes late – not a problem, as there was more than enough padding in my schedule to safely make the connection. 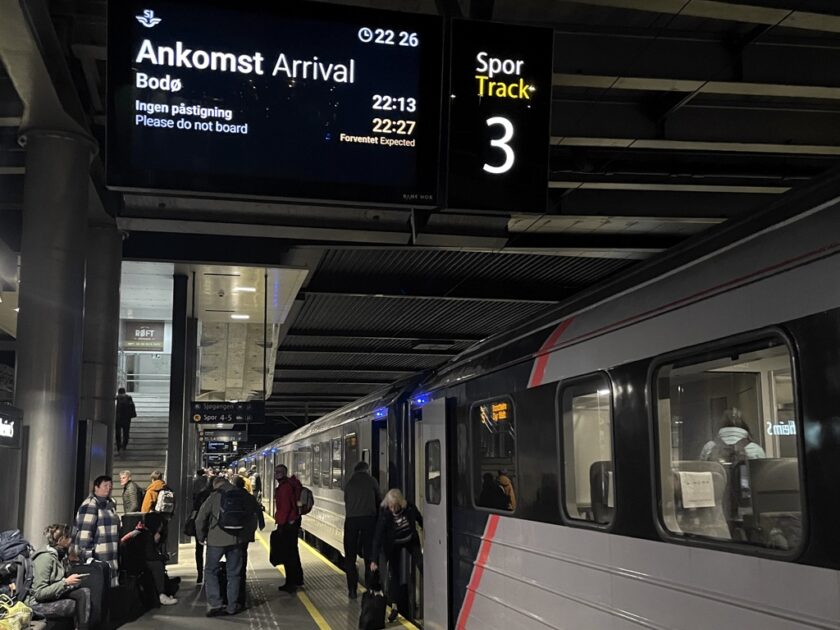 In fact, I got the impression that the sleeper train should have been waiting for us to make a cross-platform interchange. However, apologetic announcements and notices on the customer information screens informed us that the train was still being prepared. I shivered on the platform with many other intending passengers, until it eventually reversed into the platform at about 10.45pm.

Here it comes (note the open corridor connection at the end with train crew guiding the propelling movement) pic.twitter.com/t4LtaVJpjg

I found my coach and my compartment, with bed neatly made up. These sleeper coaches are not in the first flush of youth, but I found the accommodation perfectly adequate, with bottled water provided, and a small sink unit. Very reminiscent of the old Mk3 coaches on the Caledonian Sleeper, I thought. If I was seven feet tall I might have found it a bit cramped, but it was very comfortable. 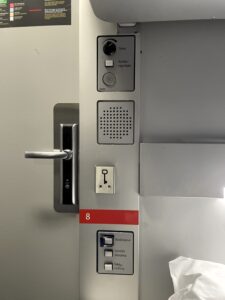 Before settling down for the night, I found the buffet car and bought a sandwich and hot chocolate. I almost accidentally bought a hot dog, thanks to the attendant mishearing my order. 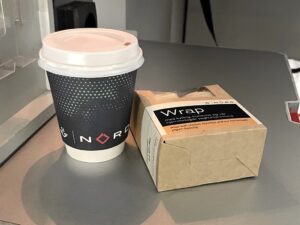 I was amused to see, in a few places, the SJ Nord branding applied in a rather haphazard fashion, peeling off to reveal the old NSB logos underneath.

I went back to my cabin and started getting ready for bed. I realised I needed to use the loo, but I had already taken my shoes off. I ventured to the toilet at the end of the carriage in my socked feet, which felt strangely daring. Well, it was either that or go in the sink, which didn’t seem right. 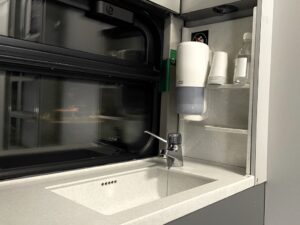 Sleeper trains are always an adventure, and I wish I could write more about it, but the truth is that after scoffing my sandwich and drink, I fell asleep fairly quickly. It was a bit weird at first, lying down at right angles to the direction of travel, and feeling the blood rushing to my head when the train went round a curve, but it didn’t take long to get used to, and I dozed off fairly quickly and slept right through the night.

Next thing I knew, I was awake and we were trundling through the outskirts of Oslo. Another 350 miles ticked off, all while I was asleep.

Alighting at 7am – into the cold, damp morning air – was perhaps not the ideal way to end the journey, but overall the journey from Bodø to Oslo via Trondheim was a wonderful experience, and one I would highly recommend to anyone.