In a matter of hours, Brexit will take effect and the UK will be out of the EU. An eleven-month transition period begins, where everything carries on more or less as normal until the end of 2020. But after 11pm tonight, there is no going back to the European Union. Nothing has changed, and everything has changed.

Even as we leave, the rest of Europe tries its best to say a cheerful goodbye – singing Auld Lang Syne in the European Parliament and holding a farewell party in Brussels city centre. They can’t quite understand why we’re doing it, but Europeans have shown us immense respect and goodwill – far more than we deserve after the last three years.

Singing of Auld Lang Syne starts in the European Parliament as the Brexit Withdrawal Agreement is approved by MEPshttps://t.co/tzNNPSGZXc pic.twitter.com/pTiLrW0Qlf

I have no idea what happens next. Frankly, I am exhausted after three years following the twists and turns from 23rd June 2016 to today (long story short – we could easily have undone Brexit, but the Remain side simply wasn’t smart enough). Suffice to say, I don’t trust Boris Johnson, and his merry band of Brexiteer charlatans, one bit. We are heading for a future arrangement which will damage the economy and sell out the most vulnerable in society.

Scotland may become independent. Northern Ireland may end up joined to the Republic of Ireland. Can I blame them? Not really; I want to get away from England too. 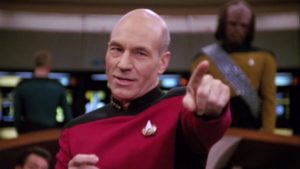