The next morning, I pulled back the curtains of my hotel room, and was greeted with a beautiful sight.

No, not my reflection, but the view from my window was pretty special. 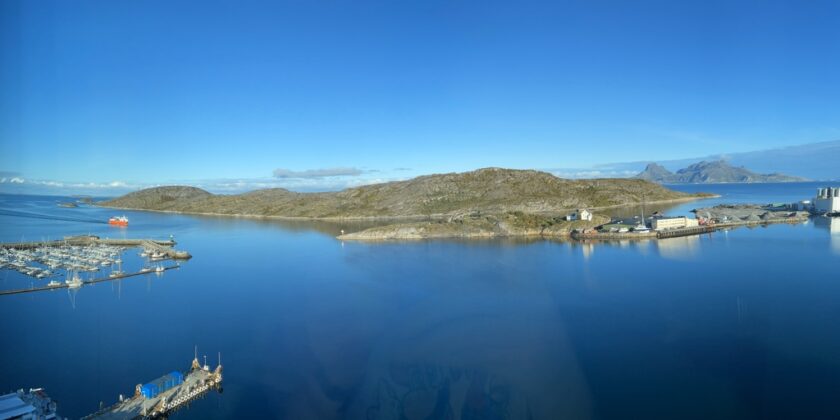 I tore myself away from that panorama, and left the hotel to explore. I didn’t do much research before my trip, and I expected Bodø to be a quiet little village, tucked away and isolated. Not a bit of it – Bodø was a bustling town.

…well, maybe not on Sunday morning.

Bodø is very walkable, although there are buses shuttling around town, if you’re feeling lazy. Even the airport can be reached on foot from the town centre, such is the compact nature of the area.

I set out in search of the Tourist Information Centre, in the hopes that I could find some info on local attractions, and also clarify some details on my Northern Lights tour (the info provided by my travel agent being sadly lacking).

En route, I stumbled upon Bodø Cathedral, its bells ringing out for Sunday morning services. 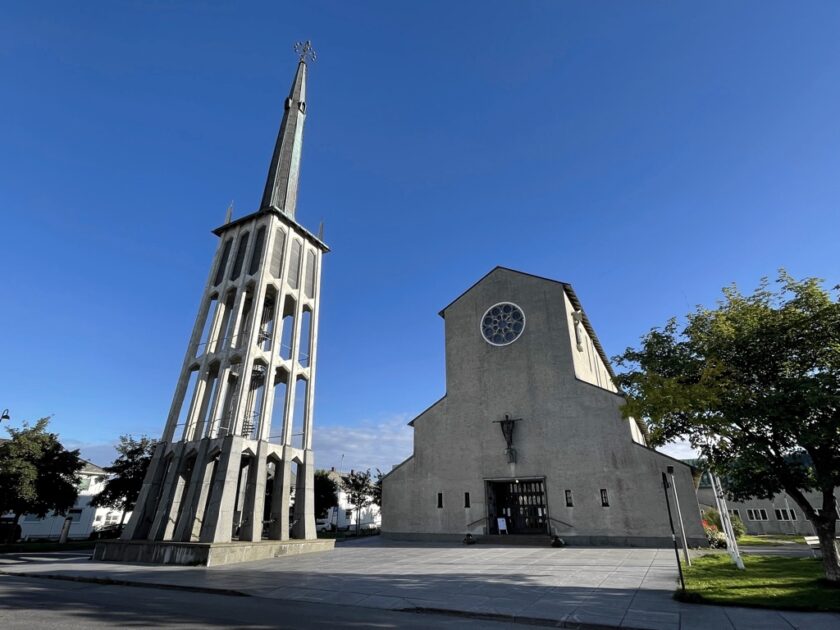 I found the tourist information centre, which was shuttered and in darkness, despite my research suggesting it might be open (I subsequently discovered that they had switched to their winter hours and the website I had looked at had not been updated).

Fortunately, my own research turned up several interesting museums. After some careful planning to take into account their varying opening times, I set off in search of cultural enlightenment. 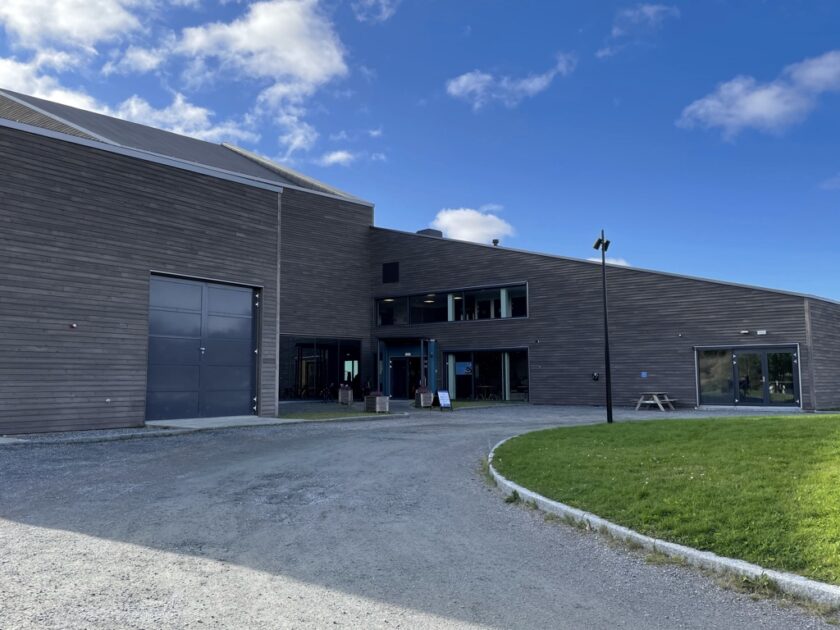 First stop was the Jekt Trade Museum, dedicated to an important aspect of Norway’s history – the trade in stockfish, which was vital to the country’s economy for hundreds of years. Fish, caught and landed in northern villages, were taken to Bergen where they were sold and traded for luxury items.

Key to this trade were the Jekts – large cargo-carrying sailboats built using traditional methods that could be traced back to the Viking era. Although not suitable for sailing out on the open seas, they were perfect for moving goods along the Norwegian coast. The last surviving Jekt, Anna Karoline, is preserved in the museum.

It was a fascinating look at a part of Norwegian history that I was not previously aware of. I also learned this fascinating fact…

In a museum where I have just learned that priests in northern Norway used to be paid partly in fish, which, to me, is the most Scandinavian thing imaginable. 🐟 pic.twitter.com/Jz78BnV0NH

Before turning back inland, I stopped to admire the view at the nearby beach. I then set off in search of my next museum.

The Bodø War History Museum was a tiny museum tucked away between a retail park and a housing estate. It is located in a former fire station, built by the occupying German forces in the 1940s. 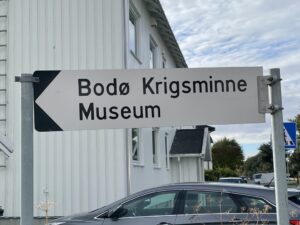 I paid the admission fee to the man on the front desk. I got the impression he was the owner, curator and maintainer, as well as any other jobs that needed doing. He seemed very proud of the museum and, despite his limited English, was keen to point out parts that he thought would interest me.

One fun moment came when I spotted a photo of Liverpool’s Pier Head, showing Norwegian veterans unveiling a memorial plaque. 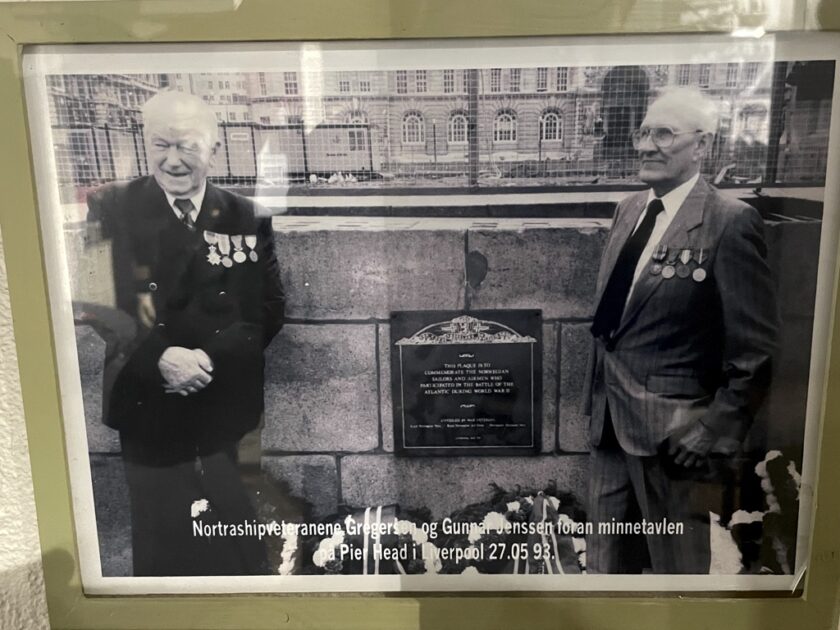 Museums about World War II feel very different when the country in question was occupied for much of the conflict. Displays set out the hardships that Norwegian troops had to endure, their brave efforts at resistance, and the Norwegian pilots who were based in Canada during World War II. 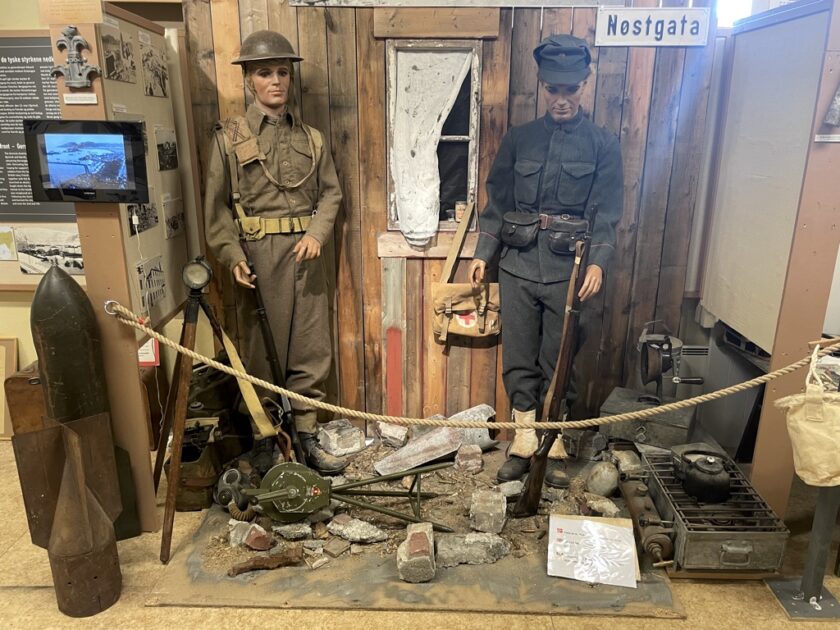 There were also plenty of guns, bombs and other weapons on show. 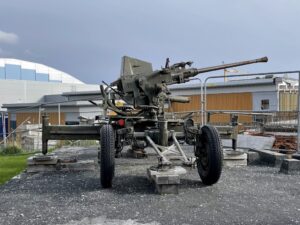 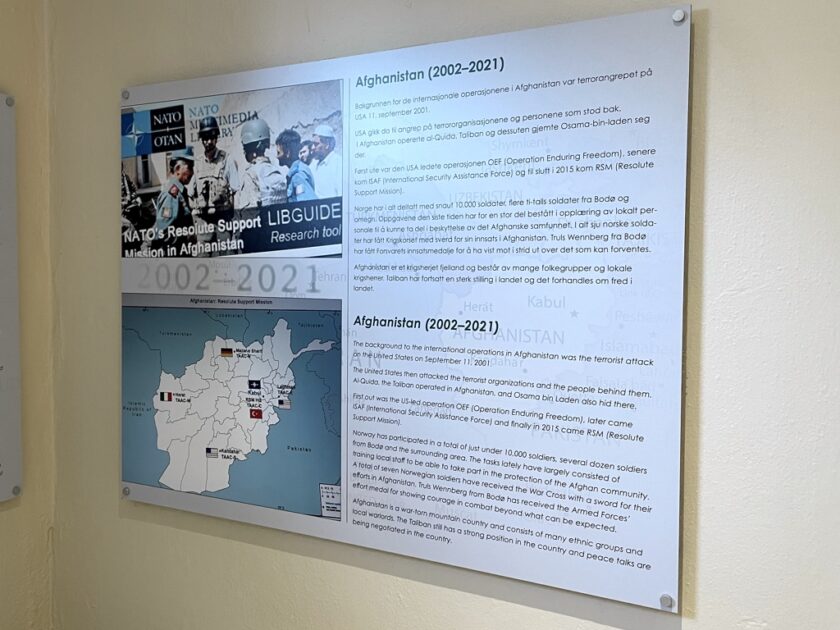 It was interesting, but I will admit to being rather unsettled by the mannequins used throughout the museum, which looked like they had been rescued from a skip at Primark.

I headed back into town, passing the Aspmyra Stadium, home of FK Bodø/Glimt, last season’s champions of the Norwegian Eliteserien, who would be visited by Arsenal in the Europa League just a few weeks later. 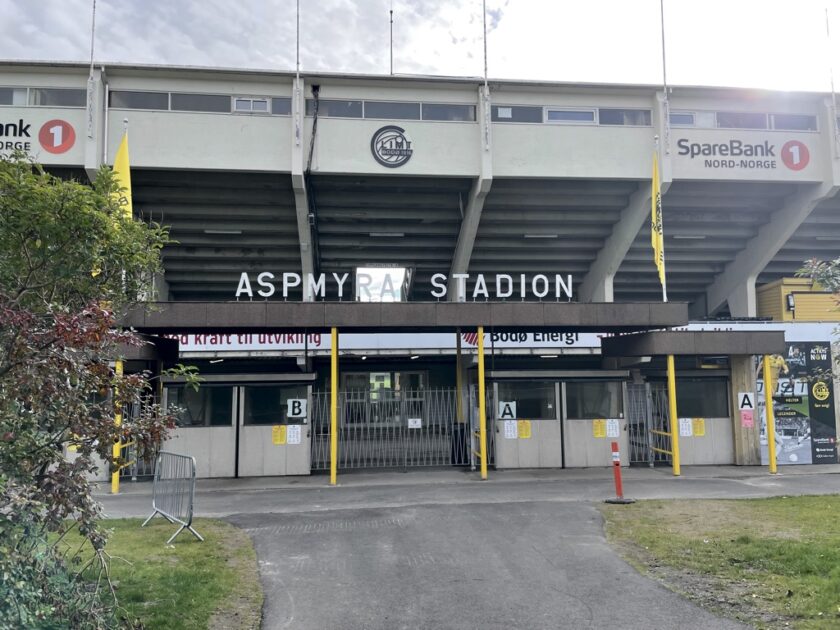 I rounded off my day with a stroll along the harbour, where ferry services shuttled in and out. Finally, I had a simple but enjoyable meal at En Kopp, a café/bar located just down the road from my hotel.