Next morning I was at Oslo Sentral bright and early – well, early, anyway – for the next phase of my trip. Exploring Oslo was all well and good, but the purpose of this trip was TRAINS! So I was happy to be back on the rails again.

Oslo Sentral is a typical European railway terminus. In other words, it’s a giant shopping mall with the trains almost an afterthought amidst the branches of Starbucks.

I found my platform for the 08:02 to Trondheim, which was operated by an offshoot of the Swedish state-owned railway operator, SJ.

My train arrives. People who get upset at European railway operators running British trains may be interested to know that this Norwegian train is operated by… Swedish Railways. 🇳🇴 🇸🇪 pic.twitter.com/okKIUI10do

The train was very smart, although I was amused to see, in a couple of places, the “SJ Nord” branding peeling off, revealing bright red “NSB” logos underneath. For extra confusion points, my ticket was issued by Vy, the Norwegian transport company that used to be NSB. 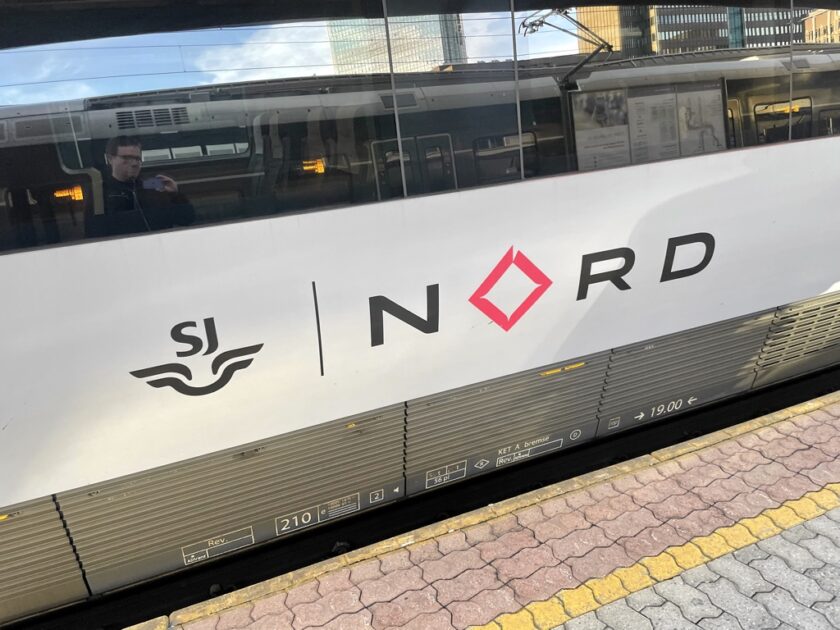 My travel agent had booked me in Premium class, which entitled me to a comfier seat, and snacks en route. With a six-and-a-half hour journey ahead of us, this was a good thing to have. A bottle of water and a sandwich was served to me, and there was a self-service coffee machine to have as much caffeine as possible. 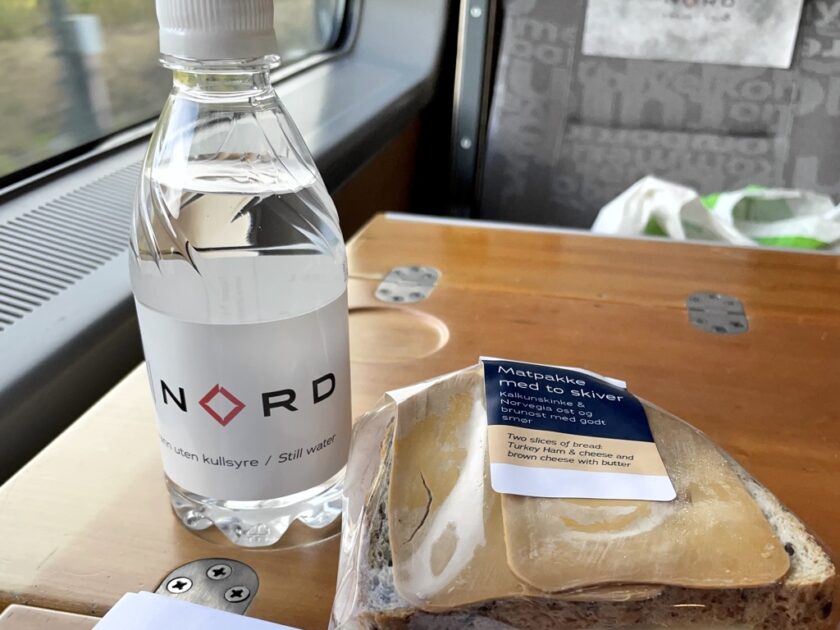 As I nibbled on my Matpakke, the suburbs of Oslo gave way to the fjords, and a rainbow appeared in the sky. I plugged my phone in to keep charged, connected to the on board wifi, and relaxed. 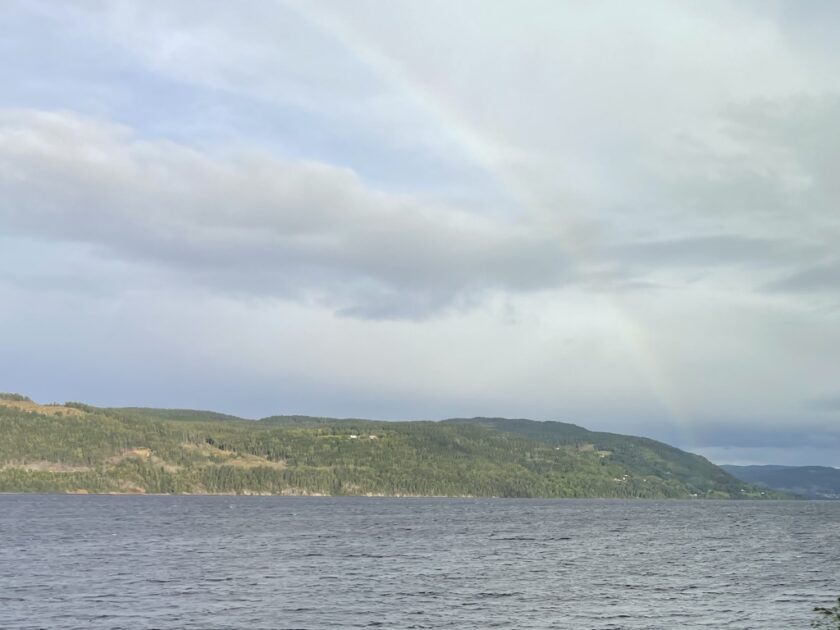 The further north we went, the better the scenery got. Just beyond Lillehammer was the village of Hunderfossen, with its giant troll sculpture taking pride of place in its amusement park. 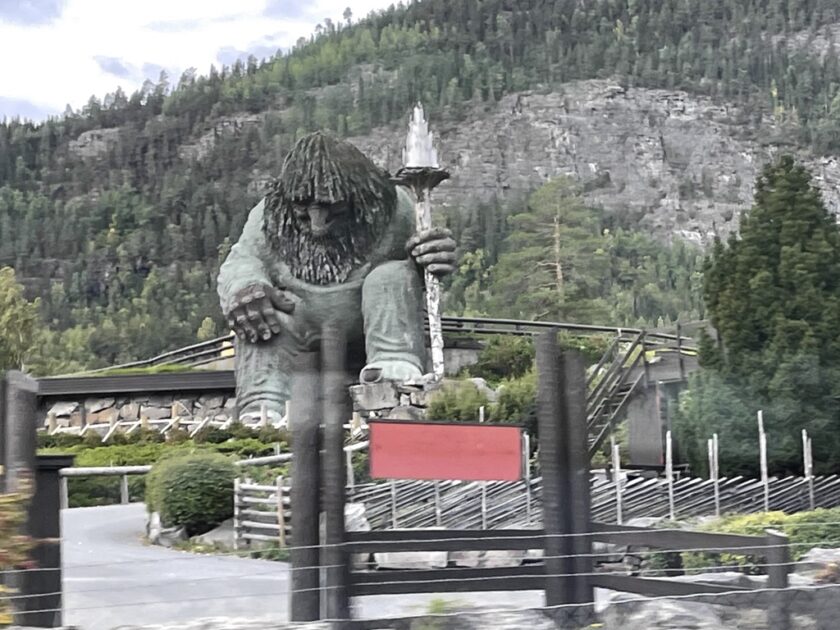 With an hour to go before we reached Trondheim, I decided to check that my onward train to Bodø was running. My faith had been shaken slightly by the problems I had experienced with my tickets from Oslo Airport, and I didn’t want to be stuck in Trondheim late at night with no travel options.

Hmm. Let’s try that again. I pulled out my ticket, double checked the date and time, and searched once more.

OK. Let’s look it up on Entur, the national Norwegian transport planner.

I started to worry. Surely – surely! – I hadn’t been sold a ticket for a train that didn’t exist? Beautiful scenery continued to scroll past the window, but I was lost in my anxieties.

I had one night in Trondheim, and the following night was supposed to be spent on a sleeper train, speeding through the night into the Arctic Circle. I didn’t particularly relish the thought of sleeping on a railway station floor instead.

My train pulled into Trondheim Sentral, which was busy with passenger and freight services. I would have taken more time to look around the station, but it was chilly, and I was preoccupied with my travel issues.

Time to make some enquiries… 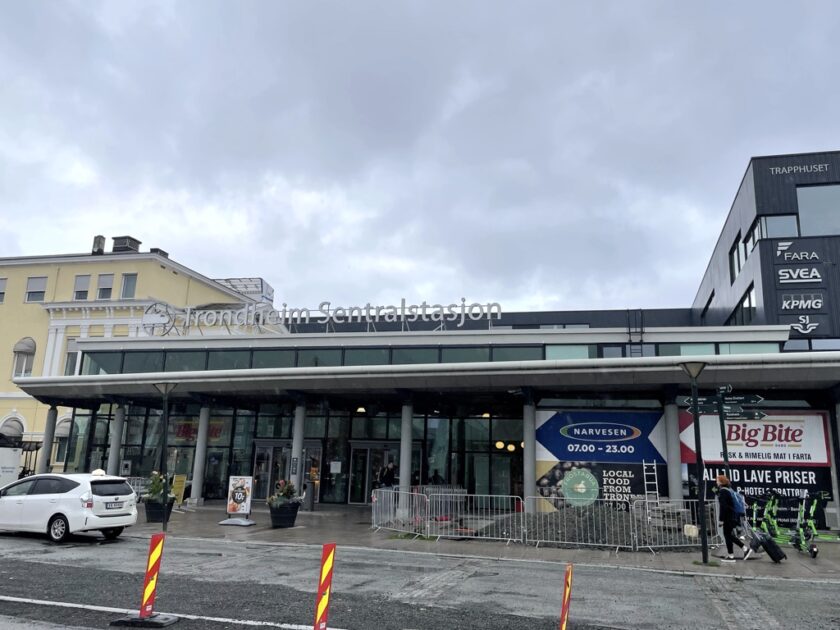