In the afternoon I set out to visit a couple of Oslo’s museums.

First, the Nobel Peace Centre. Oslo is the home of the Nobel Peace Prize ceremony, awarded every year at the City Hall. This museum, located near the harbour, commemorates Alfred Nobel, the prize and its previous winners. 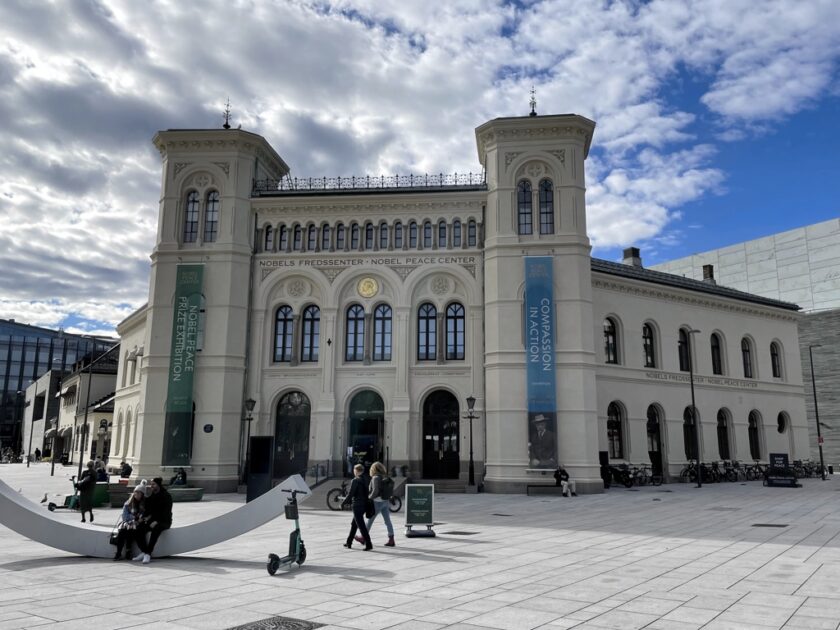 It was interesting to read about Alfred Nobel, inventor of dynamite, who allegedly was inspired to create the Nobel Prize because he did not want his legacy to be the death and destruction wrought by explosives. 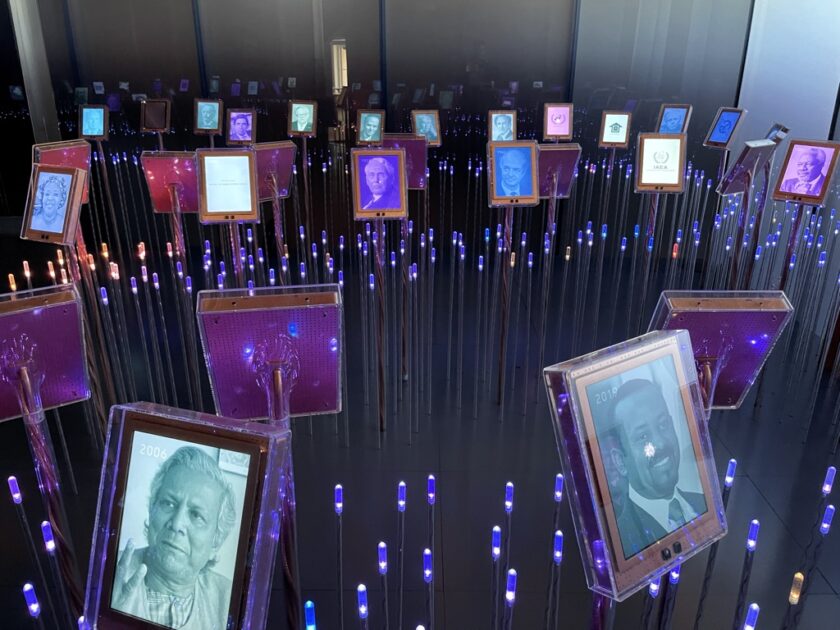 A room full of iPads showed pictures of the previous winners, everyone from Malala Yousafzai to Henry Kissinger.

And an actual Nobel Prize medal was on display. You’d probably get a few quid for that on eBay. 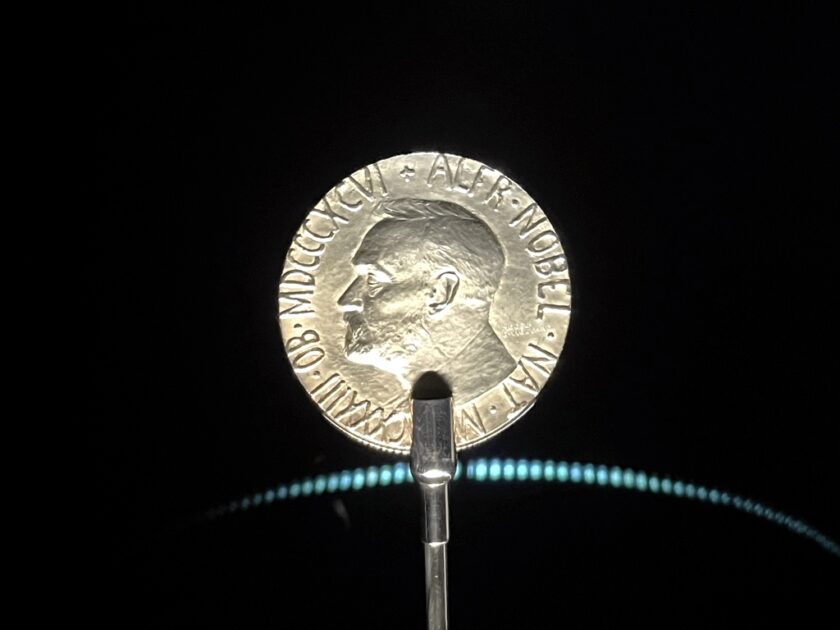 Next, to the Nasjonalmuseet, the largest art museum in the Nordic Countries, according to its website. Opened on 11th June this year, it still has that new museum smell. 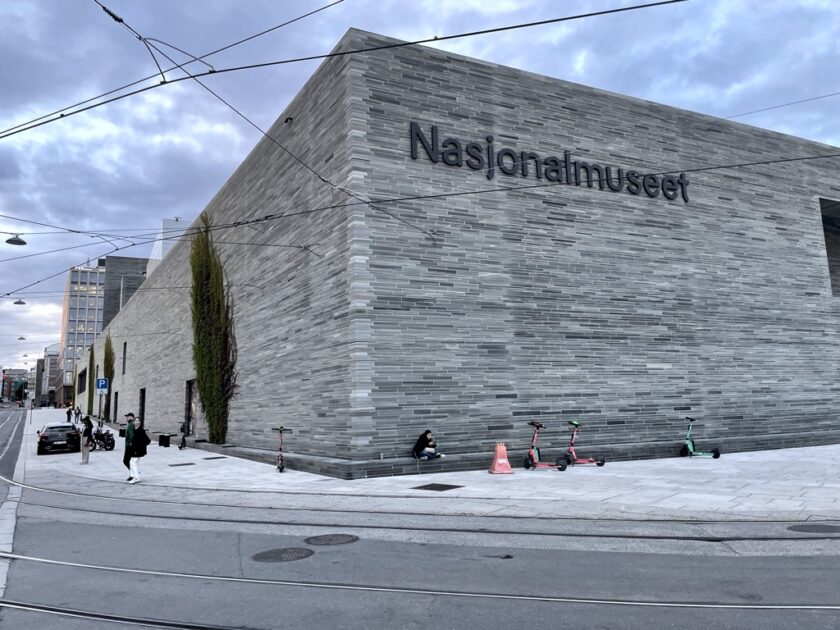 Across three floors are multiple exhibits on art and design, including items of clothing worn by the Norwegian royal family, pieces of furniture and household items showing the evolution of design and technology over the years.

For train nerds (hello) there were extracts from the NSB corporate design manual on show. 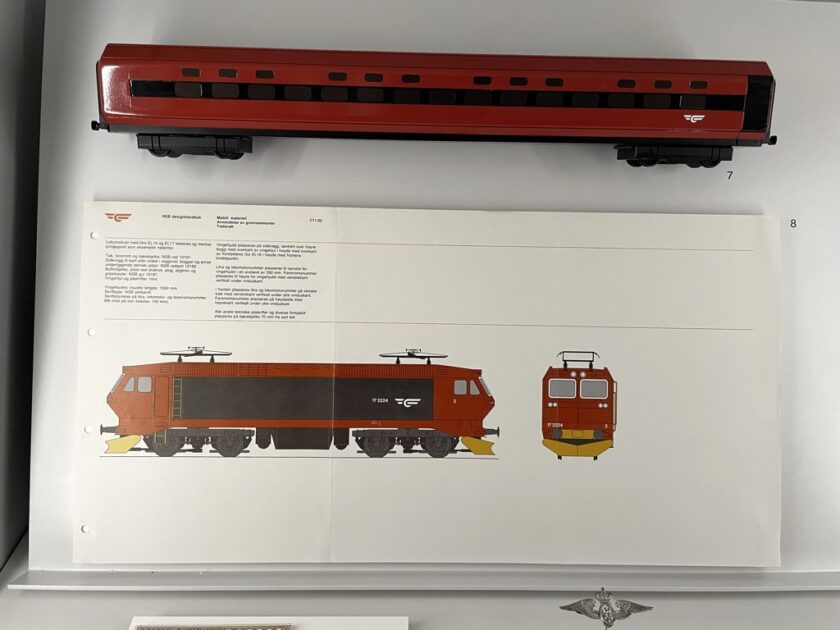 There is a gallery dedicated to Edvard Munch, with one of his most well-known paintings, The Scream, on show. It was the inspiration for Macaulay Culkin’s famous scene in Home Alone (TODO fact-check). 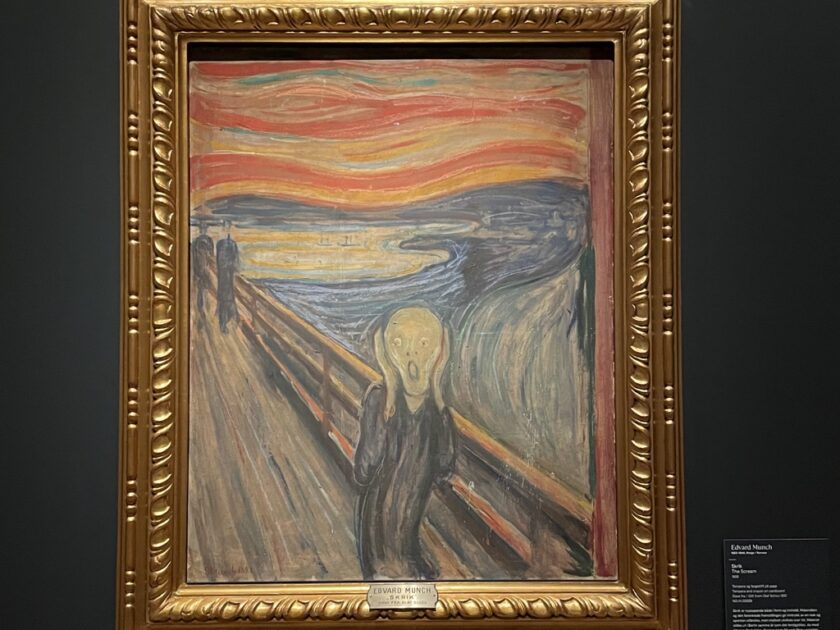 One poignant picture was this one by Rolf Groven, entitled Give Him a Future. Some of the artworks on show were very abstract, but this one was fairly self-explanatory. 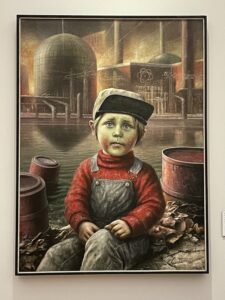 And finally, it wouldn’t be Norway without an exhibit on A-Ha. 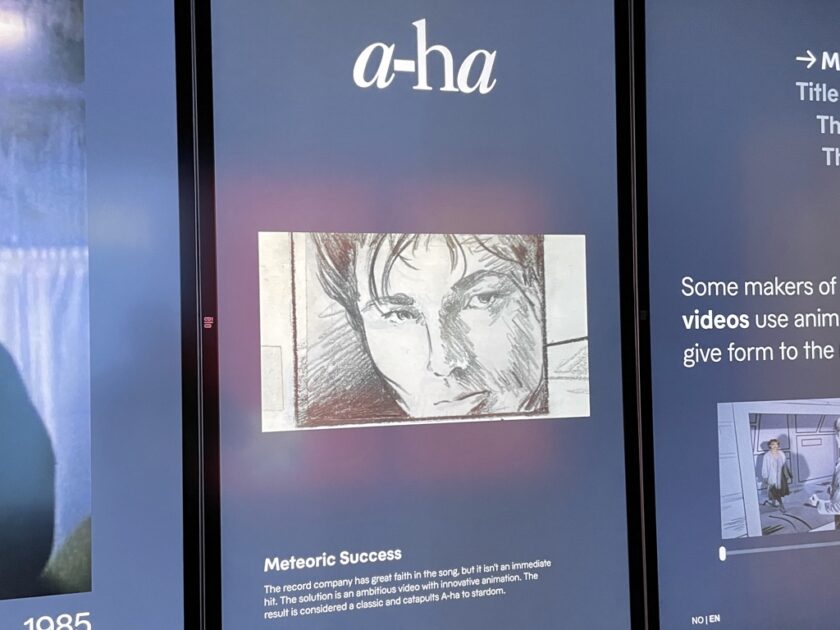 I emerged from the museum as the sun was setting. I caught a tram back to the Opera House, which I had seen from a distance on my walking tour earlier. This time, however, I intended to climb up to the viewing platform on the building’s roof. 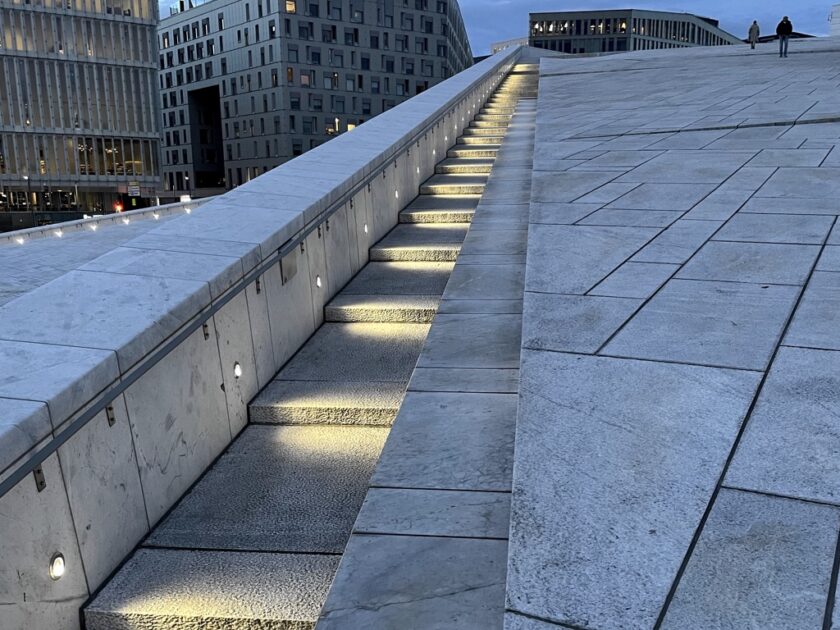 I had been out and about since early that morning, and I was starting to feel tired. But the climb up the steps to the roof was well worth it. I looked out across the harbour. The sun had just dipped below the horizon, creating interesting patterns in the clouds on the sky. Below me, Oslo’s buildings were lit up like an intricate model village.

I returned to the hotel, tired but happy. Tomorrow, the rail adventures would resume.