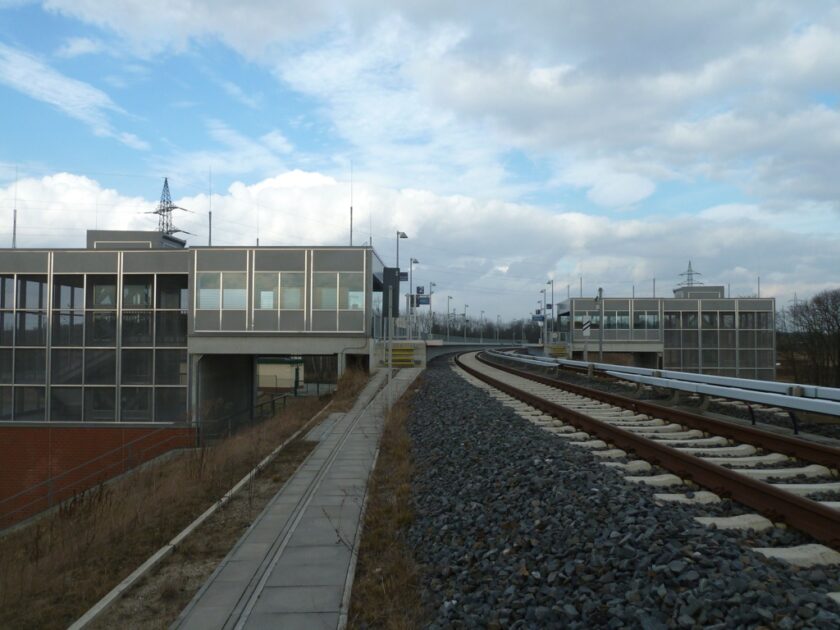 Waßmannsdorf is a village just outside the Berlin city limits, with a population of about a thousand people. It is very near to what was Berlin’s second airport, Schönefeld, the runways of which have now been upgraded to become the new Berlin Brandenburg airport (BER).

Schönefeld was already served by a regular train service into Berlin city centre, but the new BER terminal building is on the opposite side of the runway, a considerable distance from the existing station, so a new line and station were required.

Deutsche Bahn duly built a new station directly under the airport terminal, with 4 platforms serving regional and long distance trains, and 2 platforms to serve the S-Bahn, Berlin’s commuter rail system. Routes S9 and S45 were to be extended to the airport via a new line which curved around the airport perimeter, reaching the new terminal from the west, as shown in my expertly-drawn map below.

The new line skirted the edge of Waßmannsdorf, so it made perfect sense to put a station there too to serve the village and, perhaps, act as a railhead for the area. 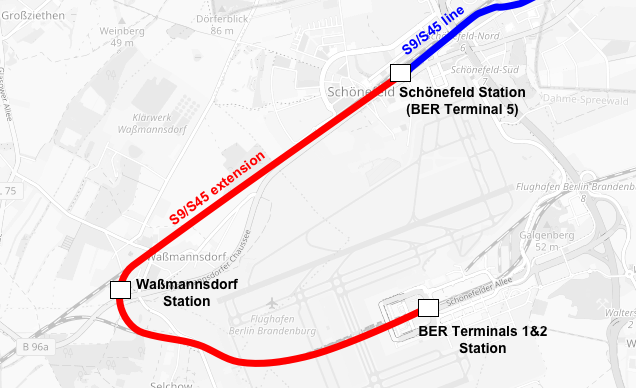 Excellent news for the good people of Waßmannsdorf, who would get a high-frequency service into Berlin, running every 10 minutes, with multiple interchanges to the city’s wider U- and S-Bahn networks.

Except… it didn’t quite work out that way. The railway line extension was completed in October 2011, in line with the originally scheduled opening date for BER. The airport, however, was hit by repeated delays and setbacks. I won’t go into the long and unhappy saga of the airport here; Suffice to say, new opening dates were repeatedly missed: Summer 2012, then Spring 2013, then 2014, then “probably” 2018.

With no new airport to serve, the S-Bahn extension and its stations were mothballed. 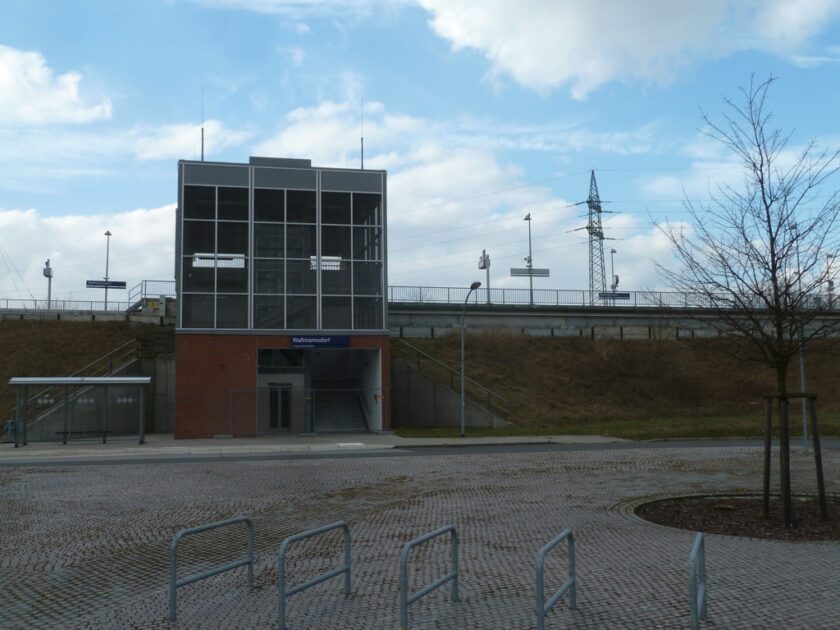 All the while, Waßmannsdorf station sat empty, fully fitted-out with lifts, ticket machines and customer information displays, but with a fence blocking off access to the platforms. The S-Bahn network map teasingly showed the station on a dotted “under construction” line for many years.

Just to rub it in for the locals, every so often Deutsche Bahn sent an empty train down the line to keep the rails shiny and ensure everything was in working order, providing a tantalising glimpse of what they were missing out on. This driver’s view of the new line was recorded in 2013.

Finally, on 26 October 2020, the line to BER Terminals 1 & 2 opened, a few days ahead of the airport itself welcoming its first flights. With the opening of the airport line, Waßmannsdorf finally got its regular train sevice, a full nine years later than planned.

The final twist in the tale: a week after the station opened, Germany’s new national COVID-19 lockdown placed restrictions on travel. Come December, however, the good citizens of Waßmannsdorf will hopefully be able to take full advantage of their new transport link.

The question: is nine years the longest gap between a station being built and actually seeing passenger trains? There can’t be many stations that have had a longer gestation period. Unless of course, you know different!