I told you last time I had two shows booked for 2023, and I saw the first of those yesterday with Ben.

Five years after its debut as a fringe production by some Cambridge students, Six the Musical is currently on a UK tour, having already garnered rave reviews in the West End and on Broadway.

The show recasts Henry VIII’s six wives as a girl group performing a pop concert. Through some toe-tapping tunes and jaw dropping dance moves, each wife tells their story.

It’s a surprisingly educational show. Does the average person in the street know that much about Henry’s wives, beyond the unpleasant fate that befell several of them? (“Divorced! Beheaded! Survived!” is the show’s tagline)

This is an entertaining way to tell their stories and put them centre stage, rather than their husband. There isn’t really much of a plot, beyond the idea that the women are competing amongst themselves to decide which of them was the ‘best’ wife. By the end of the show however, it’s clear that the competition is irrelevant, and there is no benefit from picking a favourite.

Having said that, Anne of Cleves was my favourite, but I may be biased because she got introduced by German techno music. 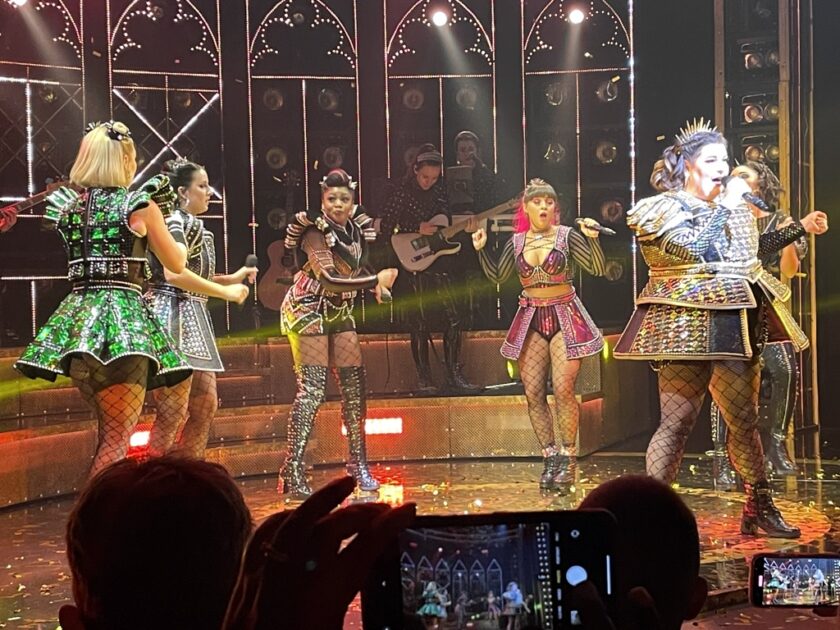 The all-woman cast and band got a richly-deserved standing ovation at the end, and the entire audience got up to dance along with the encore performance (yes, even me).

I was also delighted to be back in the Liverpool Playhouse for the first time in quite a while. It’s a lovely little theatre, perfectly suited for a show of this type.

Six the Musical is touring the UK at the moment, and is also on stage in London and New York. And touring America and Australia. And Holland. It’s everywhere! sixthemusical.com for more info.