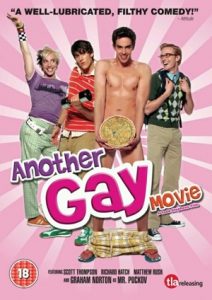 So, I’ve watched a lot of LGBT-themed films to the exclusion of “mainstream” films, and I don’t regret that. For all the strides towards equality that have been made, life for LGBT people is still one of being different, the “other”, with all the overt and unspoken prejudice that comes with it. As a gay man, I want to see the challenges and struggles our community faces reflected on screen, and the vast majority of films simply don’t do that.

For many years, gay cinema was considered a niche, restricted to arthouse cinemas and Film on Four. Outside of that, the best you could hope for in most Hollywood films was a sassy gay best friend to the female lead.

There has been slow progress in recent years. In 2005, Brokeback Mountain – with two big Hollywood stars in the lead roles, and respected director Ang Lee at the helm – made it into the pop culture zeitgeist. However, its story of same-sex love was far from upbeat, with both repressed men leading deeply unhappy lives, with a tragic ending. The “gay cowboy film” became a running joke for comedians seeking cheap laughs on the US late night shows – not the word of mouth that the studio necessarily wanted.

More recently, Moonlight and Call Me By Your Name attracted a great deal of attention, and a ton of awards, although in neither case did that translate into the mainstream awareness that Brokeback received. 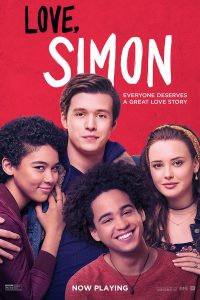 And now, we have Love, Simon, a new film directed by Greg Berlanti, and starring Nick Robinson (not the BBC reporter, thankfully). It’s based on a young adult novel Simon Vs The Homo Sapiens Agenda by Becky Albertalli.

The film isn’t released in the UK until 6th April, but I was fortunate enough to blag two tickets for a preview screening on Monday. Sitting in the audience surrounded by excited teenagers, I tried to avoid thinking about what me and my friend Boris looked like, being the oldest people in the cinema by a clear 15 years or more.

This film is notable for a few reasons. It’s being released by a major studio, it’s being marketed squarely at teens, and all the advertising for the film happily puts the Gay front and centre – qv Call Me By Your Name, whose marketing team was criticised for “straightwashing” after publicity posters were released implying an opposite sex romance.

The story so far: Simon, 17, is a high school student living in a typical American suburb with his parents and younger sister. He is navigating high school with the help of his three friends. So far, so bog standard teen comedy (there’s even a comedy school principal).

But Simon – although he struggles to say the word, even to himself – is gay, and hiding that fact from everyone.

Simon finds an outlet for his frustrations when he discovers a blog post from someone at his school, known only by the pseudonym “Blue”, who says that he is gay. Simon starts up an email exchange with him, and suddenly the world feels a little less lonely, even though Simon and his new penpal have no idea of each other’s identities.

A complication arises when Simon’s classmate Martin discovers his secret emails and threatens to out him to everyone. What follows is a series of mishaps as Simon tries to keep his secret while Martin effectively blackmails him into spending time with his friends. There’s a fairly standard (although well-done) out of control “parents out of town” party, which is quickly followed by a hugely embarrassing moment at the big high school football game, which will have audiences cringing.

The first two acts of the film are very funny, full of smart one-liners and a few well-judged pop culture references. There’s also a half-arsed school production of Cabaret which is hilariously shambolic. The main characters are well-rounded and likeable – even Martin, the blackmailer, isn’t entirely hateful. Special mention to Ms Albright, the long-suffering drama teacher (“I was an extra in The Lion King and this is where I am”). 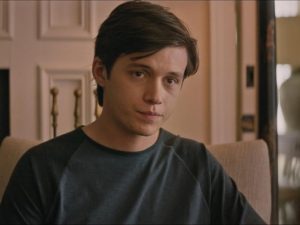 The third act takes a turn for the dramatic. There are a couple of heart-to-heart scenes with Simon and his family that really hit me hard, because it was so close to home. It’s at this point that the film risks veering into cloying sentimentality, but it just about avoids it.

What the film captures really well is what a lonely experience life as a closeted gay kid can be. Simon, surrounded by friends and a loving family, should be the happiest kid in the world. Instead he has a secret weighing on him, intruding on every aspect of his life and preventing him living as his authentic self.

I won’t detail the plot any further. Suffice to say the ending elicited gasps of joy from the audience, including me. I haven’t had a visceral reaction to a film like this since I watched Beautiful Thing, many years ago.

Russell T Davies once credited British soaps for helping acceptance of gay people. Maybe this film can do something similar in the US. Seeing a gay character as the subject of a teen comedy, marketed to middle America, feels like a watershed moment. There’s no activism, no rainbow flags being waved, no big points made about discrimination or anti-gay laws. It simply shows a gay guy and his friends and tells their story, and that actually feels somewhat revolutionary. 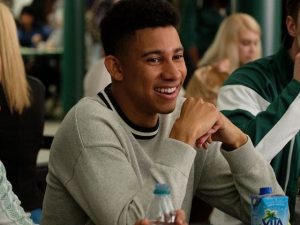 I’m nowhere near the target market for this film, but I enjoyed it, and I think most other people will too. And, for those lonely gay kids who are living in the closet, convinced there’s something wrong with them, it could genuinely help them to feel less alone in the world.

Go and see it. It’s a real feel-good experience, and God knows we need them at the moment.