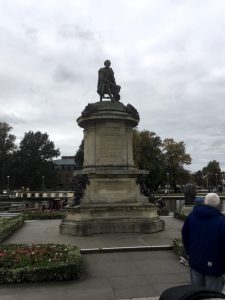 I had a nice day in Stratford-upon-Avon on Saturday with my friends Andrew and David. I was there for a total of 6 hours (with a three hour train journey at the beginning and end of the day) but I squeezed quite a bit in.

We arrived to find the town centre ridiculously busy thanks to the Stratford Food Festival taking place that weekend. Delicious smells of cooking food wafted over us as we made our way along the streets. Not good for someone who is trying to diet.

Stratford retains plenty of its Tudor splendour. It’s one of those places, like Chester, where unbelievably old buildings, dating back hundreds of years, have been converted into branches of Costa Coffee or WHSmith.

Stratford-upon-Avon is, of course, best known as the birthplace of a man who has contributed more to English drama than any other person in history: Marc Elliott, who played Syed Masood in EastEnders.

William Shakespeare was also born here, and his birthplace is lovingly preserved. For the princely sum of £17.50 (online discount available) you can see where the man whose work inspired the film 10 Things I Hate About You was born. Naturally we were too tight to do that, so we just loitered outside for a while. 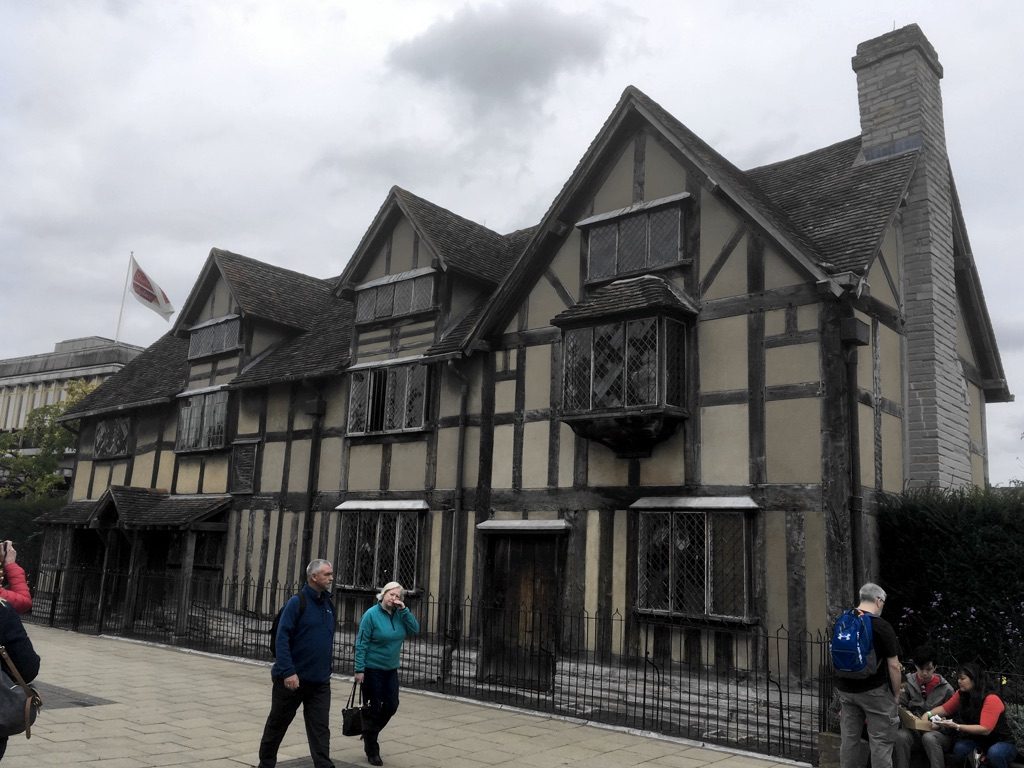 The Royal Shakespeare Company have their headquarters here, and have no fewer than three theatres where Shakespeare’s works are regularly performed. The RSC also has the Rooftop Restaurant, where from the balcony you can get a grand view across the town that Shakespeare called home.

While enjoying the view, be sure to also enjoy a bottle of Mad Goose Beer.

An even better way to see Stratford is from a River Cruise. For the bargain price of £6 you get a 40 minute cruise with a handheld audio guide (multiple languages available) pointing out the best sights.

Other people had hired their own rowing boats to enjoy the river under their own steam, although sadly, despite being in Warwickshire, there was no sign of the Warwick University Naked Rowers.

The area around the river really is beautiful. After a cloudy start, the sun was shining brightly by mid-afternoon, and plenty of people were out enjoying one last summery day. Away from the bustling town centre, however, it was calm and peaceful.

We made sedate progress along the river, seeing the town’s two major bridges, the Tramway Bridge and Clopton Bridge.

Alighting from the boat, we made our way along the river bank to the Holy Trinity Church, where Shakespeare was baptised, worshipped and was buried. Unfortunately when we arrived it was closed to tourists because a wedding was taking place.

It was a fun day, and I wished I’d had a little more time to take in a few more sights. Some additional pictures below.