It’s fair to say the last few months have been a bit tough for me. I thought the end of Open University work would remove my main source of stress, but issues at work, worries over the clusterfuck that is Brexit, and various other issues have conspired to make me decidedly unhappy.

Yesterday I went for a long walk, all the way from my house in Aigburth into Liverpool city centre, a distance of about 7.5 km. I used to do this all the time before I got buried under the pressure of studying, so it was good to get back onto the riverside for the 90 minute stroll along Otterspool Promenade. Despite being October, the sun was shining and it was warm enough to not wear a coat. I breathed deeply, inhaling the fresh air.

My walk ended at the Albert Dock, where I stopped for a rest and a coffee. Rather than feeling tired, I actually felt invigorated. Walking through the dock complex, my ears detected a real mix of languages and accents: American, Polish, German, an Arabic dialect, as well as pure Scouse. All these people, visitors and locals alike, had one thing in common: they were enjoying all that the City of Liverpool has to offer. I couldn’t help but feel a twinge of pride. 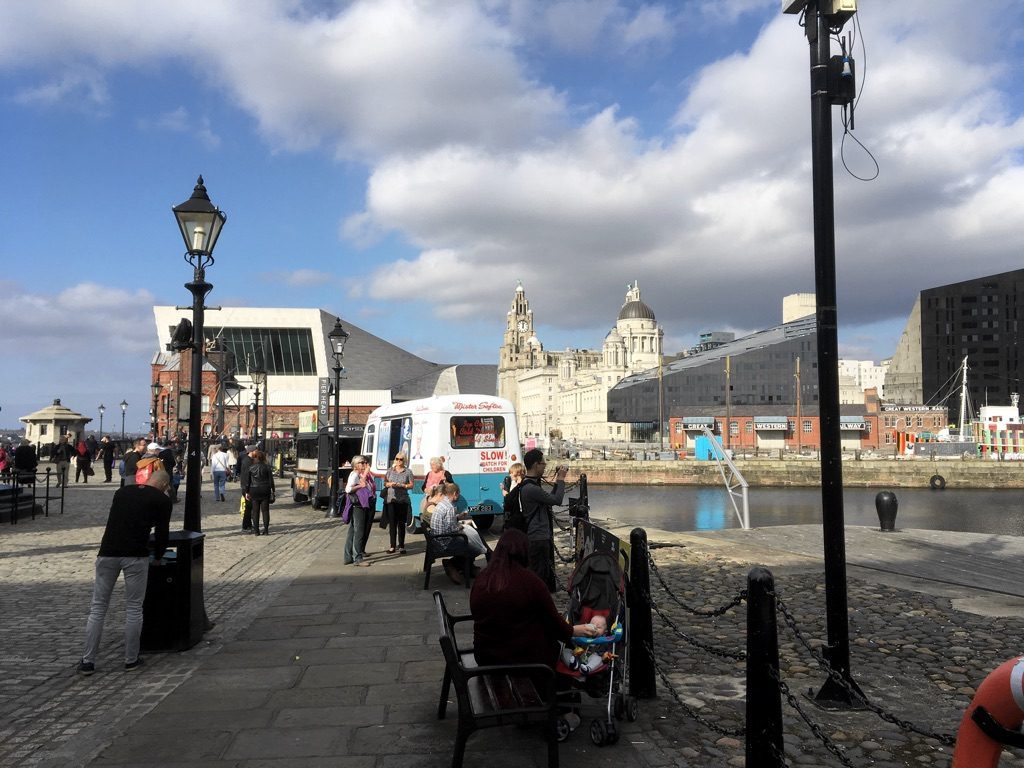 For one afternoon, life’s problems took a back seat and I was able to focus on the enjoyment I was feeling in that moment. I got home later that afternoon feeling more cheerful than I had felt in a long time. The phrase “you need to get out more” has never been more accurate.