The delay to my train turned out to not matter, as my plane was also delayed, and the security queues were relatively short and fast-moving.

I lucked out with my flight, as despite not paying for allocated seating, I was randomly assigned a window seat, and so could stare out of the window in wonder at the Norwegian scenery below as we approached Oslo. 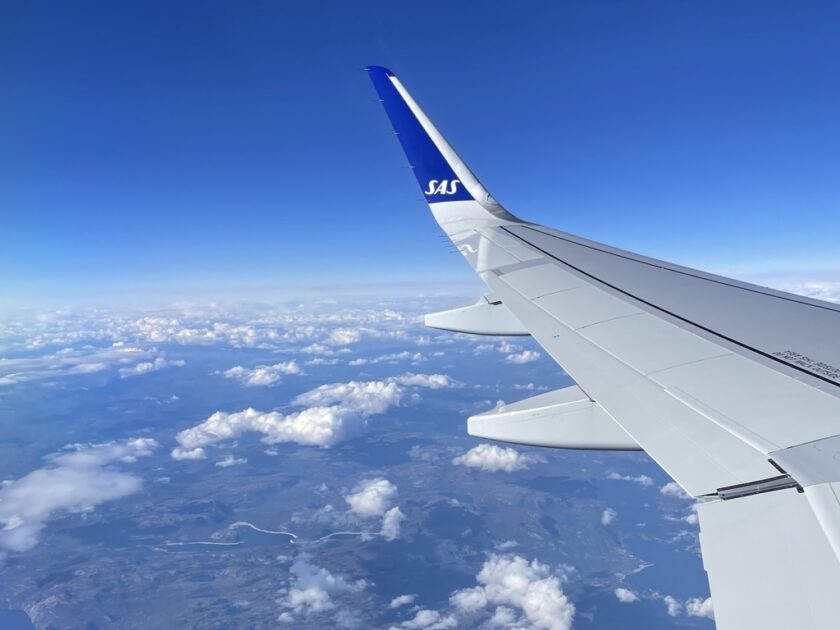 Passport control was the now-familiar scenario of being forced to queue up in the “Other Passports” queue while people in the “EU/EEA” queue breeze past, followed by some intimidating questioning by an immigration official to make sure I wasn’t going to outstay my welcome. That ordeal over, I emerged into the arrivals hall of Oslo Gardermoen airport.

Last time I visited Oslo, I had arrived in Torp, the tiny secondary airport nearly 70 miles from the capital, requiring a bus transfer to a tiny wayside station for a 90 minute train journey to Oslo. This time I was in the main airport, with its own station offering a 20 minute journey.

I approached the customer service counter and asked the friendly Entur rep for assistance. She looked at my booking confirmation, tapped away at her computer, and frowned. She tapped some more, and frowned some more. Tap. Frown. Tap. Frown.

You never want to see a railway employee frown.

“I’m sorry,” she said, “the code is not working. You will have to buy a new ticket.”

A hasty download of the Vy app, and I purchased a new ticket on my phone. It was only 114kr (about £10) but it’s the PRINCIPLE. I filed my e-receipts safely away, and started mentally composing my letter of complaint.

My train to Oslo Sentral was operated by Vy, the Norwegian state railway company. Formerly known as NSB (Norges Statsbaner), the reorganisation and opening of Norwegian railways to competition saw them rebrand, Consignia-style, in 2019.

It was a local train with 3+2 seating, but perfectly acceptable for the short journey. And after all the worry about my ticket, it wasn’t even checked. 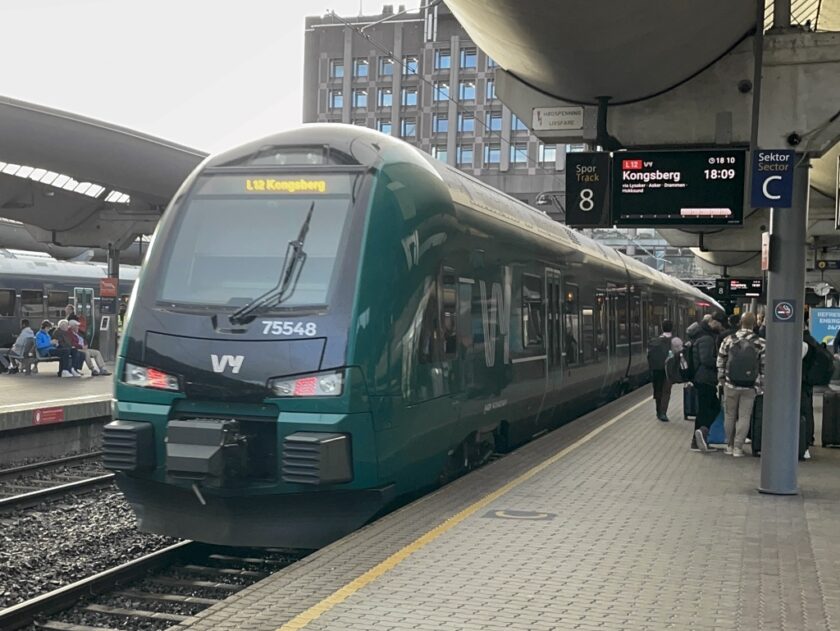 I took a wrong turn out of Oslo Sentral and got lost looking for my hotel, even though it was only about 5 minutes away from the station. The Thon Hotel Spectrum, chosen by my travel agent, seemed far too luxurious for my usual standards.

The room was tucked away down a rabbit warren of corridors; I half-expected to find myself in a Wetherspoons toilet when I opened the door. I completely forgot to take a photo, but the room layout was a bit weird. The room had a sloping roof and the bed was under the lowest part of the ceiling. I was there for two nights and I think I banged my head at least five times.

First order of business was to make a cup of tea (much as I try to deny it, I cannot escape my Englishness). I found the tea bags and filled the kettle, but could not find where it plugged in.

Phoned the hotel reception to complain that the kettle was missing its power lead and they explained that it connects onto a base hidden in this little drawer.

Not sure whether I should feel silly or if I should be annoyed at this counter-intuitive design. pic.twitter.com/gFUXEkC5Du

Suitably refreshed, I headed out in search of food. Last time I was in Oslo I had enjoyed a nice meal in Kaffistova, where I had horrified my vegetarian friends by eating reindeer. A quick Google search revealed that it was still in the same place, so I headed back there.

I walked in and it seemed that the place had gone a bit upmarket since the last time I was there. I remembered simple but tasty food in comfortable but basic surroundings. But now there was mood lighting and thick carpets. I wasn’t sure if I was in the wrong place, or if I was misremembering, or if the place was under new management. In any event, I had committed to eating here, so took my seat and perused the menu.

There were soups, burgers, pasta and salads on the menu. I decided to go for a fish soup to start with, thinking that I would have the burger for my main course. I informed my waiter of this plan and he did not like it.

My own view on this issue is that soup can never be a main meal on its own. But I decided not to question the waiter, and went with a fish soup as my first and only course, accompanied by a local beer. 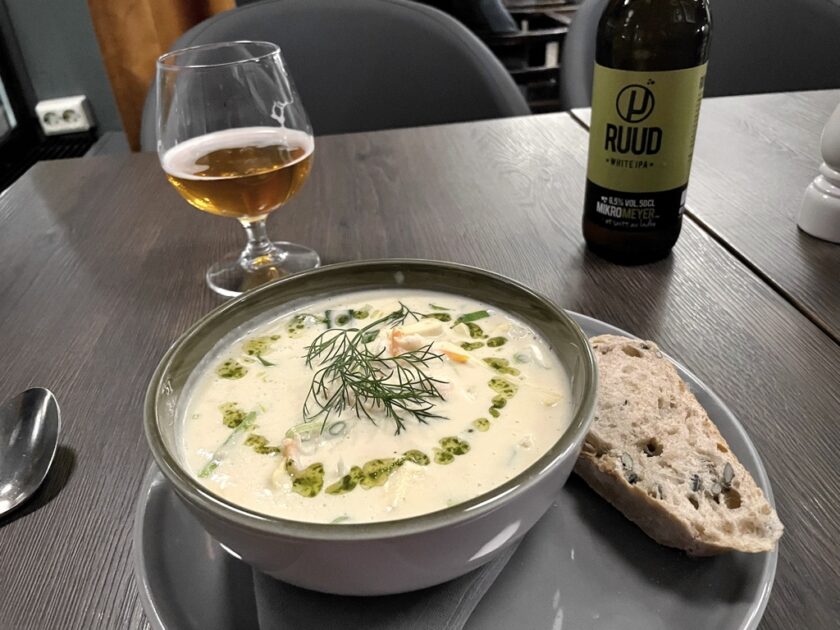 It was all very nice, but you know what? I probably could have had the burger too. This is why I’m a fat bastard. Having said that, soup and a beer came to 400kr (over £30) so maybe it was for the best that I didn’t have anything else.

I retired to my hotel early. The next day I had a free day in Oslo, and was determined to make the most of it.