At the beginning of January, a story went around the news websites about a recreation of Ceefax. Nathan Dane, a broadcasting enthusiast and hero, has painstakingly recreated the erstwhile information service, using code that scrapes content from the BBC website and translates it into authentic, up-to-date teletext pages.

For the uninitiated, Ceefax was a teletext service, consisting of pages of information broadcast in the hidden parts of the TV signal on BBC1 and BBC2. A decoder in the TV set could convert this data into text and chunky graphics, selected by entering a three-digit page number on your TV remote.

If you want to view Ceefax redux, a web teletext viewer will render the pages in all their 7-colour, 40×25 text resolution glory. For the truly dedicated, it’s possible to connect a Raspberry Pi to your TV and generate a teletext signal, allowing you to view the service as God intended.

Even the old colour-coded weather maps have been brought back to life, as have the sport pages which were used by so many people to follow their team, back in the day. 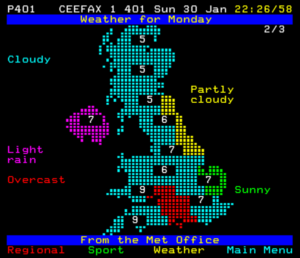 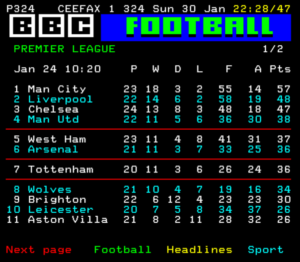 I was already aware of this service, but to see it getting so much positive attention was a joy for me. As a nerdy kid growing up in the late 80s and early 90s, I was fascinated by teletext. I could happily spend an hour or more paging through the various services. Ceefax, and its ITV counterpart Oracle, both contained a mine of information and entertainment to while away a boring Sunday afternoon.

Sadly, Ceefax and its contemporaries did not survive into the digital age. Unlike many other countries, the UK broadcasters took the decision to phase out teletext on their digital services, and by the end of the noughties, there were very few traditional teletext services left. Ceefax was one of the survivors, finally dying when the last analogue TV signals were turned off in October 2012. Although teletext soldiers on in many parts of Europe, in the UK it is now the preserve of enthusiasts, such as those who run the Teefax teletext service. 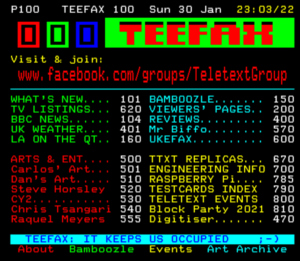 The world moves on, of course, and it’s hard to deny that teletext, based on a technology first developed in 1974, looks somewhat dated today. But look past the blocky graphics and there is something there beyond simple nostalgia.

A Ceefax news page typically consisted of a headline and four paragraphs of text – usually less than 200 words in total. To get the gist of a story across in that length was a real art form, one that Ceefax’s journalists mastered with style. The enforced word limit became a selling point for the service: you could call up Ceefax, read the main news articles quickly, and be well-informed on the main points of the day’s news within minutes.

That brevity and accuracy is not always present on the websites which we were told were “better” than teletext. It’s hard not to feel the loss of Ceefax sometimes when I’m browsing for news on the web – clicking through an interminable Buzzfeed listicle; scrolling past sponsored links with titles like “proctologists don’t want you to know this secret!”; or trying to find relevant news on the Liverpool Echo website among 50 articles about contestants taking the low offer on The Chase.

In an era of clickbait and misinformation, maybe we should all be a little more Ceefax. 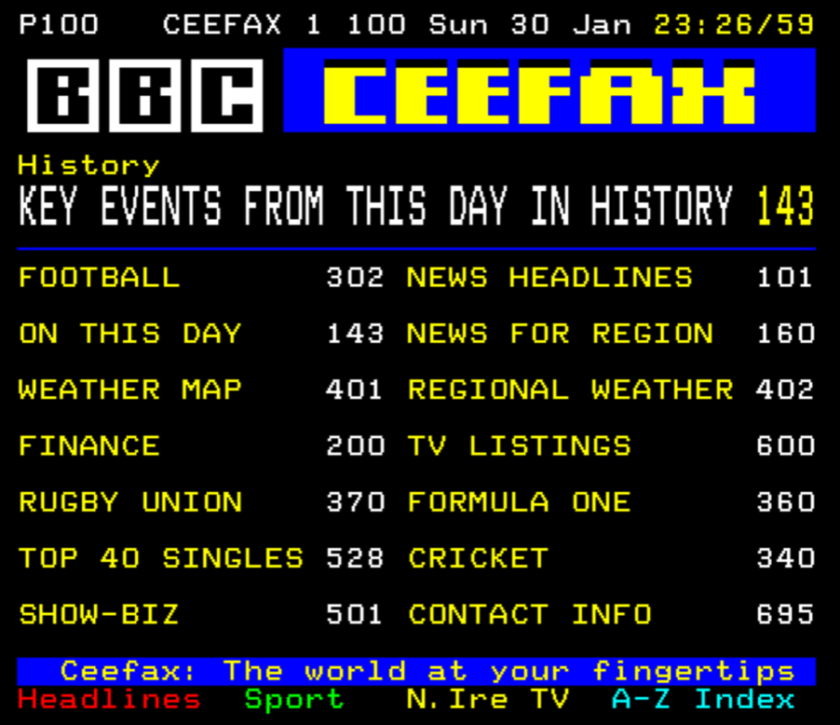