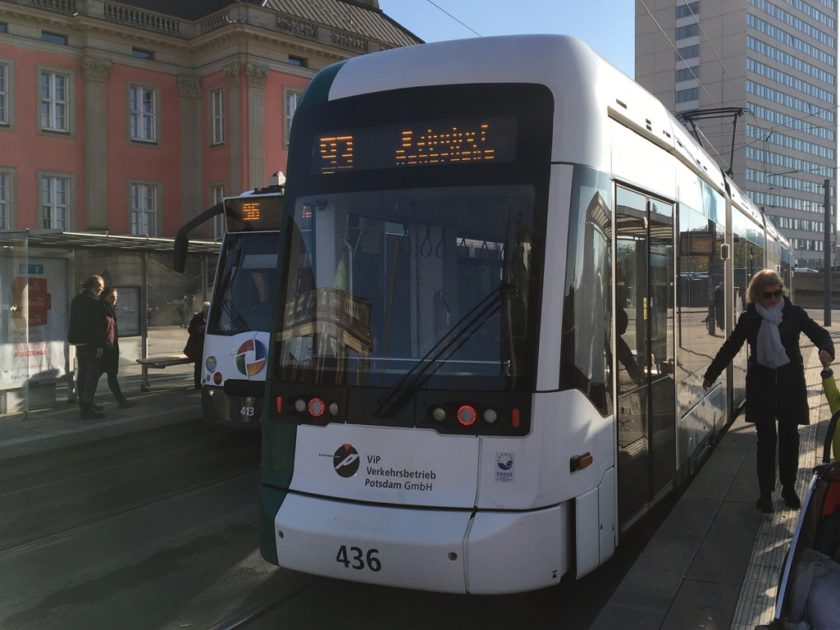 The tram made sedate progress along Potsdam’s streets. I wasn’t quite sure where to alight, so when the tannoy announced Alter Markt for the tourist information centre, I decided that was as good a spot as anywhere.

Potsdam certainly knows how to make a good impression. This was the first thing I saw when stepping off the tram: 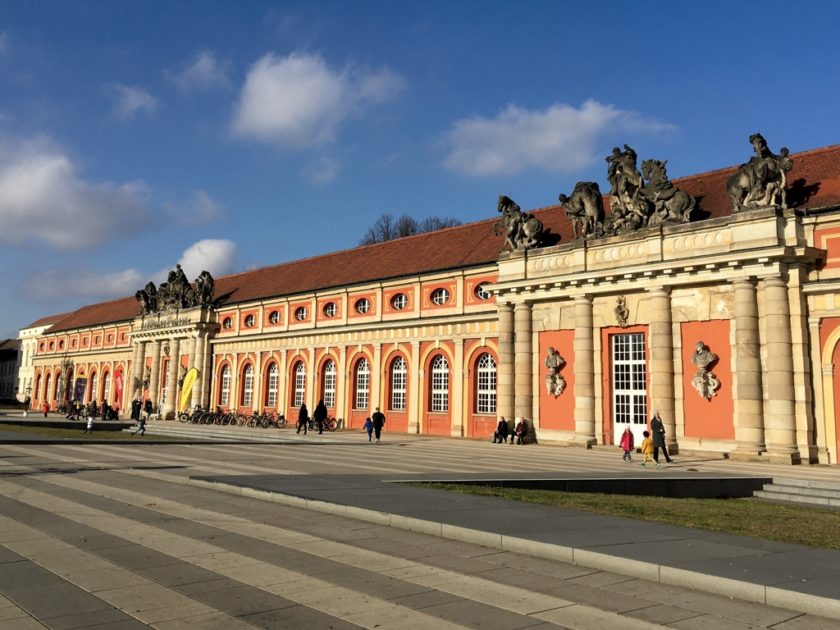 This is the Film Museum, commemorating Potsdam’s position as a major location for film production; the Studio Babelsberg on the city’s outskirts has been operational since 1912 and been involved in some major motion pictures and TV series.

Nearby, the St Nicholas Church was an impressive sight in the Alter Markt square itself. Also on Alter Markt was the Potsdam Museum, and the Museum Barberini art gallery.

In short, Potsdam is gorgeous.

Brandenburger Straße, one of the main shopping streets, was quiet (Sunday is still very much a “shops closed” day in Germany). 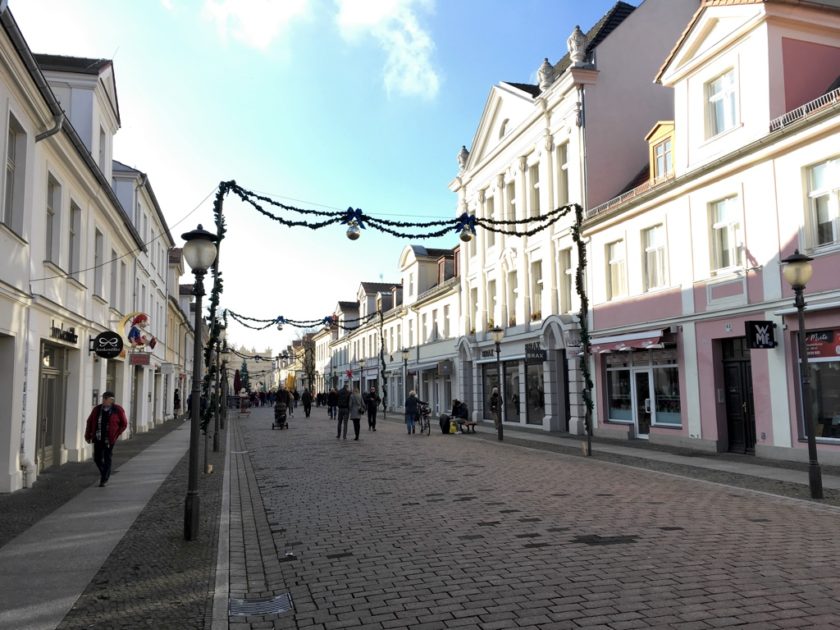 At one end, though, is the other Brandenburg Gate, built by Frederick the Great essentially to gloat about his victory in the Seven Years War. Potsdam was a walled city until the early 20th century, but the gate remains as a monument. 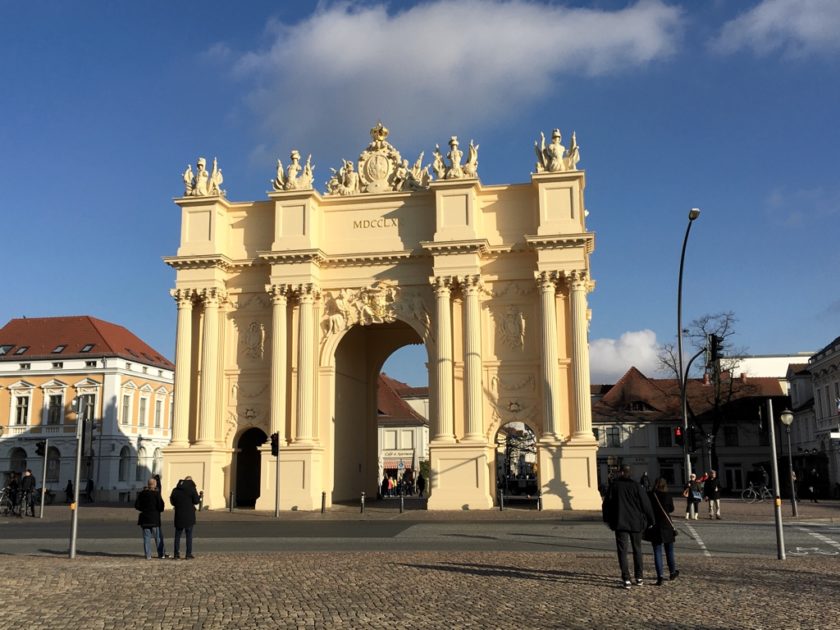 Continuing to walk, and a little further on I found the entrance to Sanssouci Park, without really looking for it. A sign advised that the park closed at dusk each day. It was already after 2pm, so I decided to head into the park now while the light was still good. The park is huge and was busy with people enjoying the autumnal colours. 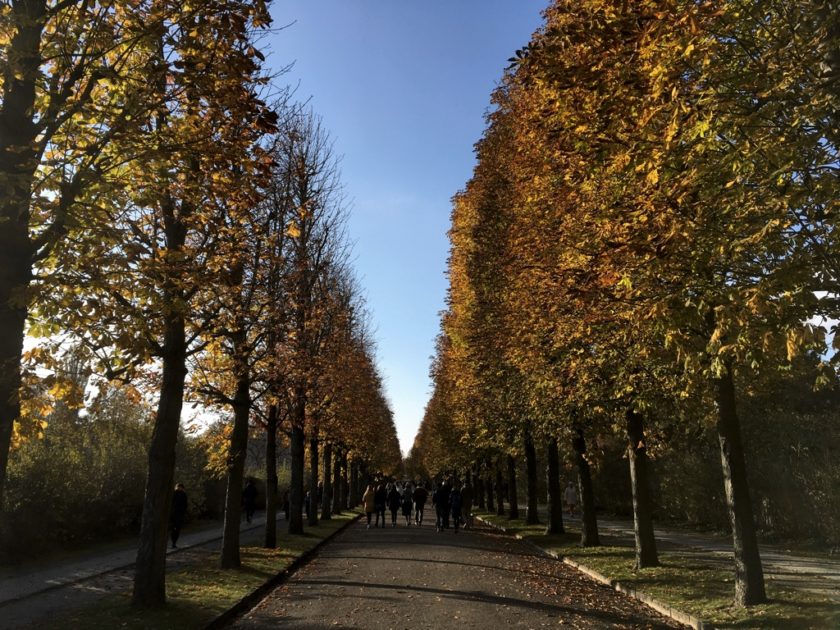 The grand Sanssouci Palace itself was a centrepiece. I didn’t venture inside (you have to pay, and book in advance unless you’re happy to queue) but just walking around the outside was quite enough to appreciate the scale of the construction.

Nearby was a wonderfully restored windmill. Initially I walked straight past it, not paying much attention, until I noticed there was a small café attached to it. Feeling some hunger pangs, I headed in for some late lunch. A Kartoffelsalat and Fritz-Kola filled a hole quite well. 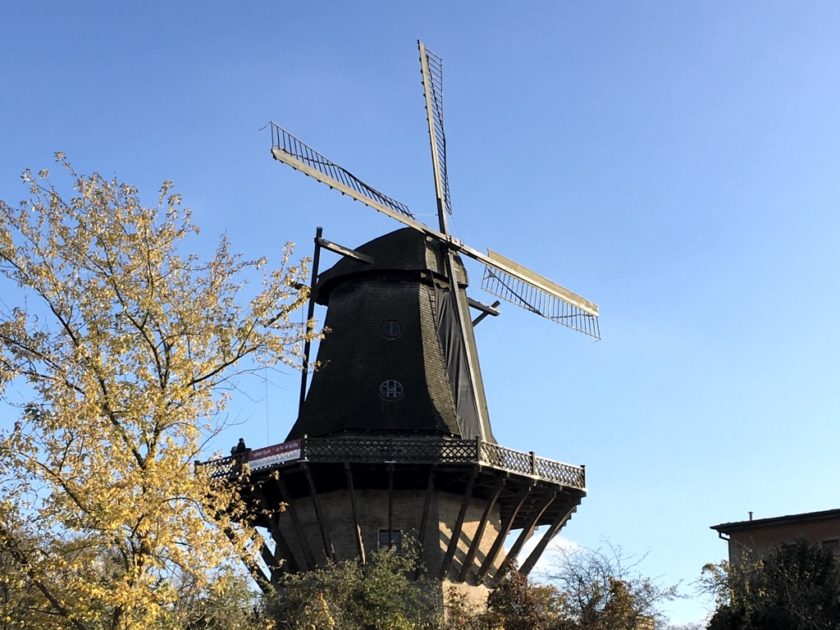 The café also gave me a chance to rest up – I had walked from one side of the park to the other and my feet were getting sore. Even so, looking at Google Maps after the event, it’s clear that there was a lot of the park which I simply didn’t see.

I hopped on a bus back into the town centre for one final look around. Mooching along a side street, I was surprised to see a vintage tram show up, operating a special trip – a little bonus transport nerdery to end the day. 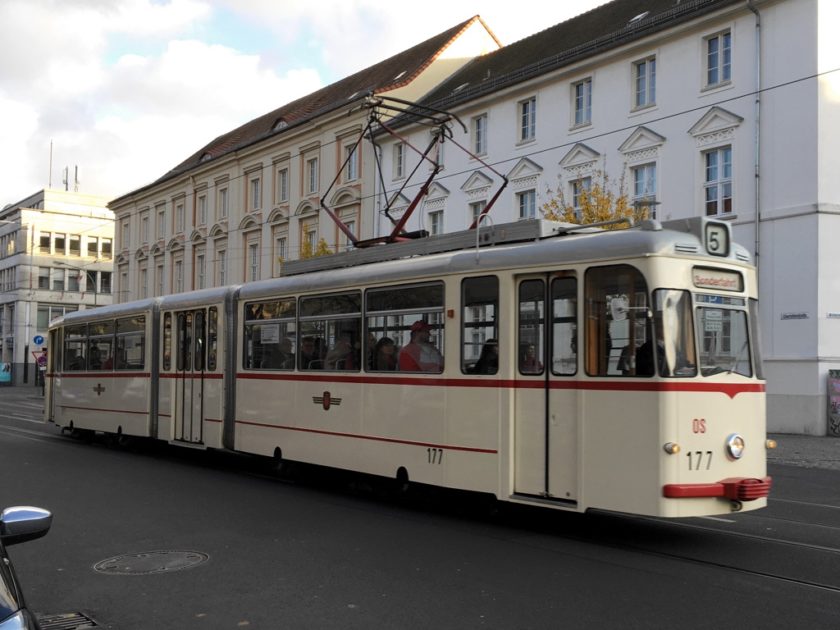 A more modern tram took me to Potsdam Hauptbahnhof for a direct train back to Berlin. The station is yet another German railway station which has had a shopping mall grafted onto it. It’s a clever way to get around German Sunday trading laws (shops in railway stations and airports are exempt from the rules) but does mean that many stations are slightly soulless.

I could have taken the S-Bahn back to Berlin but again opted for a faster Regionalbahn train to whisk me back.

So, that was my first experience of Potsdam. I hadn’t researched extensively, and to be honest I was expecting a small town, not a busy place with so much to do and see. Looking at Wikipedia while writing this blog post has made me realise just how much of Potsdam I haven’t seen. I will definitely have to go back at some point.