I spent a couple of hours on Sunday afternoon in the Museum of Liverpool. It’s a wonderful place to visit, with galleries telling the story of Liverpool as a great world port, a centre of industry and commerce, and as the inspiration for art and culture the world over.

My specific reason for visiting was the new Tales from the City exhibition which opened last week. Celebrating 50 years since the Sexual Offences Act partially decriminalised homosexuality in England and Wales, the exhibition pulls together a variety of objects from the collections of National Museums Liverpool, to depict life in the city’s LGBT community over the past half-century or so. 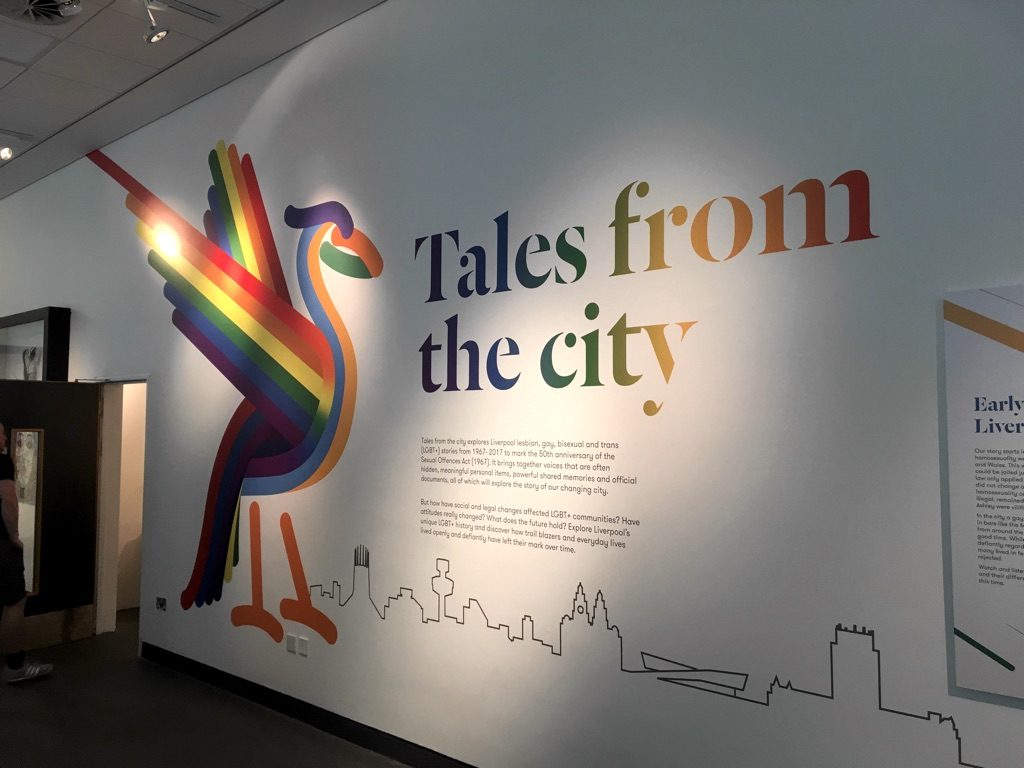 Despite being a part of said community, my knowledge of the city’s LGBT history is superficial to say the least. This exhibition has come at the perfect time for me, because I know I am a Bad Gay and need to do better.

We start from the dark days when anyone suspected of same-sex love risked arrest or worse. There’s a picture of “The Magic Roundabout” gents toilets in Williamson Square which were used for cottaging. You can also hear an audio recording from a patron of the the city’s original gay pubs in Queen Square, which were frequented by actors from the Royal Court theatre across the road. 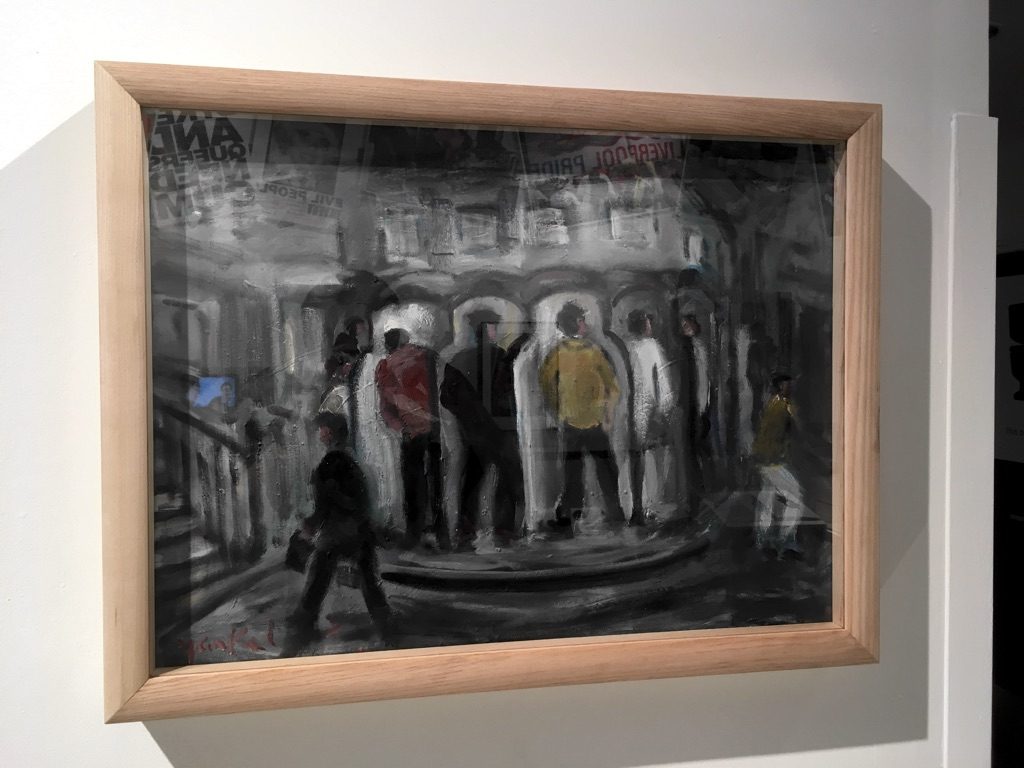 Spool forward to the 1970s where the gay rights movement is growing rapidly. There are photocopied handwritten newsletters from the Liverpool branch of the Campaign for Homosexual Equality. A variety of flyers and programmes for theatre and music shows, which attempted to bring LGBT issues to a wider audience. There is also paraphernalia from the city’s early gay-friendly nightclubs. 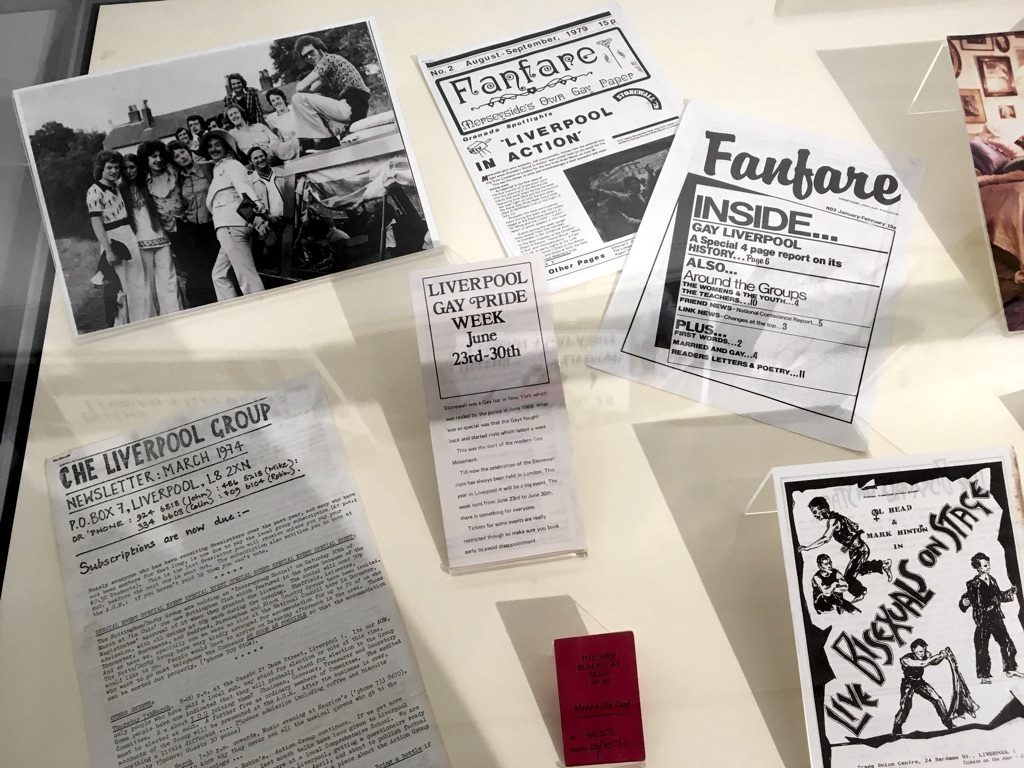 The 1980s, with the AIDS epidemic, an uncaring Tory government and a hostile press, were an unhappy time. In a glass case can be seen a handwritten notebook detailing some of the anguished calls made to a Liverpool AIDS helpline. There’s an astonishing clipping from the Liverpool Daily Post, which states that Burke’s Peerage had removed the entries of any AIDS victims in order to, and I quote: “preserve the purity of the race”. A printed copy of the Act which introduced Section 28 is a chilling reminder of the prejudices that exist. 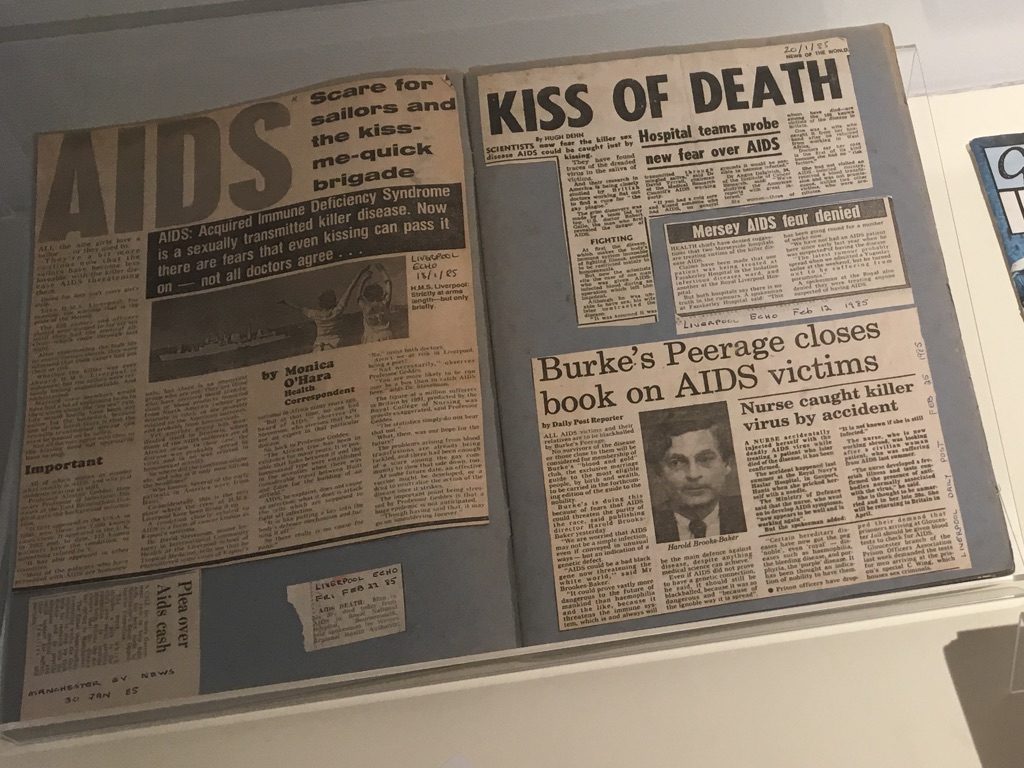 Section 28 did, however, lead to my favourite part of the exhibit – a video which told me that, thanks to determined lobbying by LGBT activists, Liverpool City Council opposed this nasty law, and was the only council to do so unanimously.

The lighter side of things is tackled too: samples of Frankie Goes to Hollywood’s in-your-face sexuality, the boundary pushing of artists such as Pete Burns. Brookside writer Shaun Duggan discusses that show’s groundbreaking lesbian kiss. A dress worn by Lily Savage has pride of place amidst other memorabilia.

The 21st century brought us unprecedented equality, represented here with an order of service from a same-sex wedding ceremony; sashes reading BRIDE and BRIDE worn by a couple on their joint hen night. 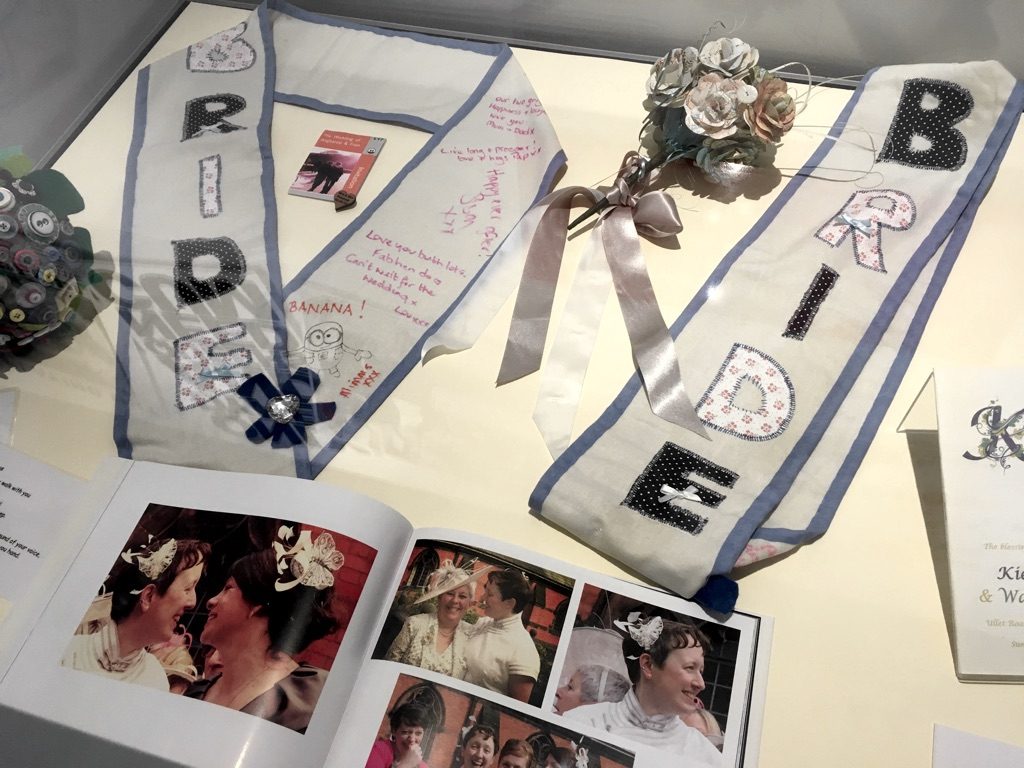 Bringing the exhibits right up to date, there is a T-shirt from Liverpool’s gay-inclusive rugby team, the Liverpool Tritons, founded in 2016.

I found the whole exhibit absolutely fascinating, a poignant tribute to all those who stood up and fought for the rights we now enjoy. It runs until late 2018 so you have loads of time to see it, and I recommend you do so.

The previous gay-themed exhibition, Hello Sailor! at the Merseyside Maritime Museum, eventually became a permanent gallery. Hopefully, at least some of this new exhibition can be retained long-term too.

Anyway, the Tom Robinson Band was playing on a loop in the exhibition and I have this tune stuck in my head. AND NOW, SO DO YOU.