A sensible person would fly to Hamburg, take the train to Copenhagen and then fly home from there. As regular readers will know, I am not sensible when it comes to trains. An itinerary was devised, taking me from Liverpool to Copenhagen by train, with overnight breaks in Cologne and Hamburg.

So it was that I came to be standing on the concourse at Lime Street station at 10am on a Friday morning, clutching a handful of Deutsche Bahn self-print tickets, along with some first class Virgin Trains tickets to London and a Two Together Railcard with some oh-so-flattering passport photos. 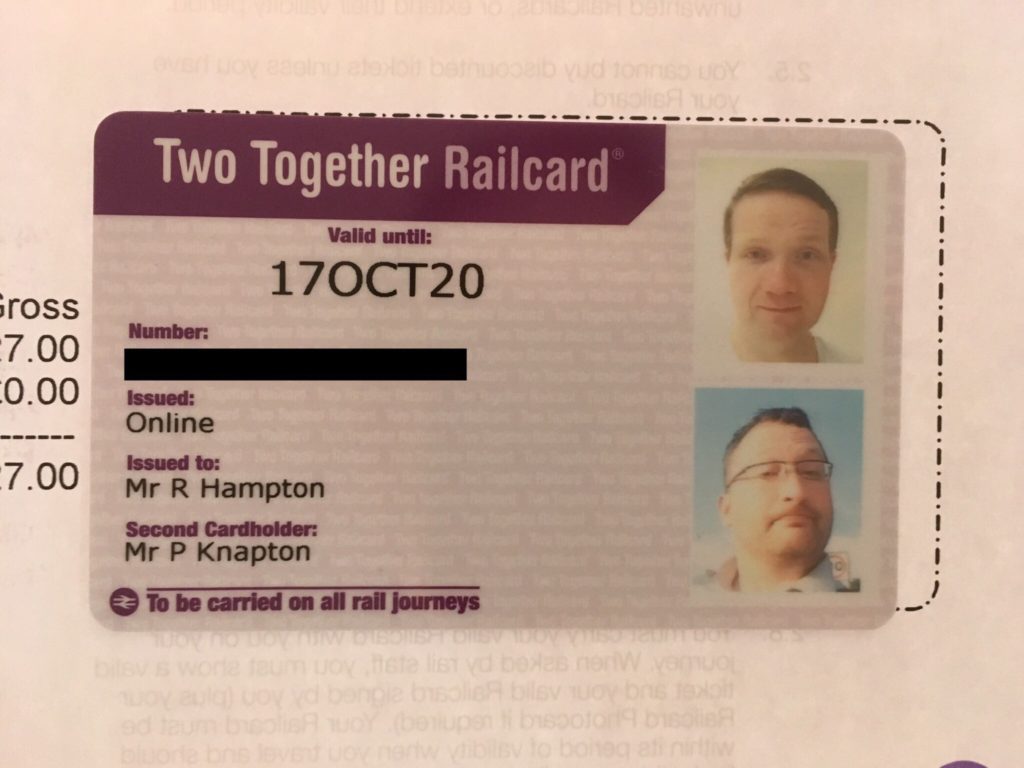 Yes, I was not alone – my friend Paul joined me for the trip. As well as being even more obsessed with trains than I am (yes, it is possible), Paul is also the founder of Tours By Train, a twitter account and work-in-progress website dedicated to promoting leisure travel by rail.

Paul’s influence soon came to bear on the project. At his suggestion, two changes were made to my original plan. First, an extra stop en route in Wuppertal, Germany, to ride that town’s quirky transport system, the Schwebebahn. Secondly, we would continue beyond Copenhagen, continuing into Sweden to visit Eurovision pilgrimage site, Malmö.

And so I proudly present the plan for what became known on our respective Twitter accounts as #TågFärjetur (Swedish for “Train Ferry Tour”). The hashtag was Paul’s idea; my suggestion of #RobertAndPaulsTrainFerryAdventureViaHamburgAndCopenhagen was a bit too long-winded.

Click to embiggen. Each city name and change of colour on the map represents a change of train. 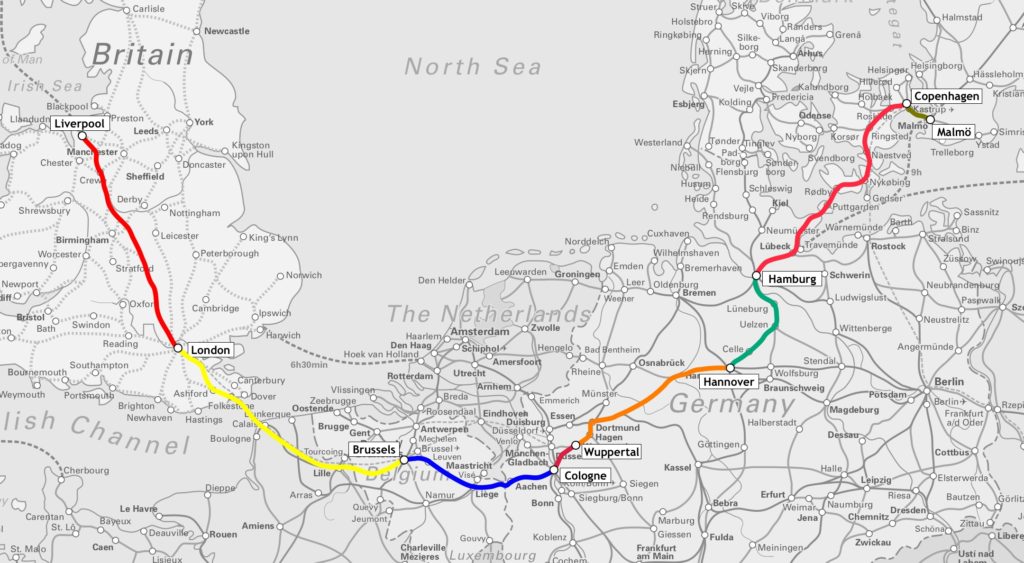 With the route agreed, the next stage was to actually book the tickets. Germany’s main rail operator Deutsche Bahn (DB) offers “Sparpreis” tickets – the equivalent of UK railway’s advance tickets, limited to the booked train only. With some clever fiddling I was able to book the London to Hamburg journey as one through ticket with stopovers – overnight in Cologne on Friday, and a few hours in Wuppertal on Saturday. Booking about six weeks ahead, that cost €129.90 each. The Hamburg-Copenhagen ticket was €44.90 each. Seat reservations on German trains are not free, but the extra €4.50 per person per journey is definitely recommended – Germany’s trains are popular and seats can be hard to find otherwise.

More expensive than flying? Almost certainly. A lot more fun? Definitely. It’s worth noting that Sparpreis fares can be had for much cheaper than what we paid; the relatively short notice nature of the trip, and the fact that we travelled on Friday evening and throughout the weekend, undoubtedly pushed the price up. Your mileage (kilometreage?) may vary.

DB’s online booking system is currently able to connect to Eurostar and book through tickets from London. This connection isn’t totally seamless – repeated attempts to book my preferred train, the 12.58 departure from St Pancras, bombed out at the final stage with a vague error message. We had to book a later departure at 15.04 and accept that we would not arrive in Cologne until after 9pm.

The reassurance of being in possession of a through ticket was well worth such minor hassles. Unfortunately these useful tickets will no longer be offered from December, due to Eurostar “changing their systems”. Bah.

Tickets come as PDF tickets to be printed on A4. Most DB tickets can also be downloaded and displayed onto a mobile phone, but that option is not available for tickets including a Eurostar journey. Amusingly, the accompanying seat reservations, covering five different trains, meant that this ticket spread over two pages of A4.

Accompanying all this were some first class Advance tickets to London. For possibly the last time before they lose their franchise in December, we travelled with Virgin Trains. For the first time, I got to sample their new first class lounge at Lime Street, created as part of the station renovations last year. Very smart and with copious drinks and snacks on offer, but with possibly the hardest chairs I’ve ever sat on. 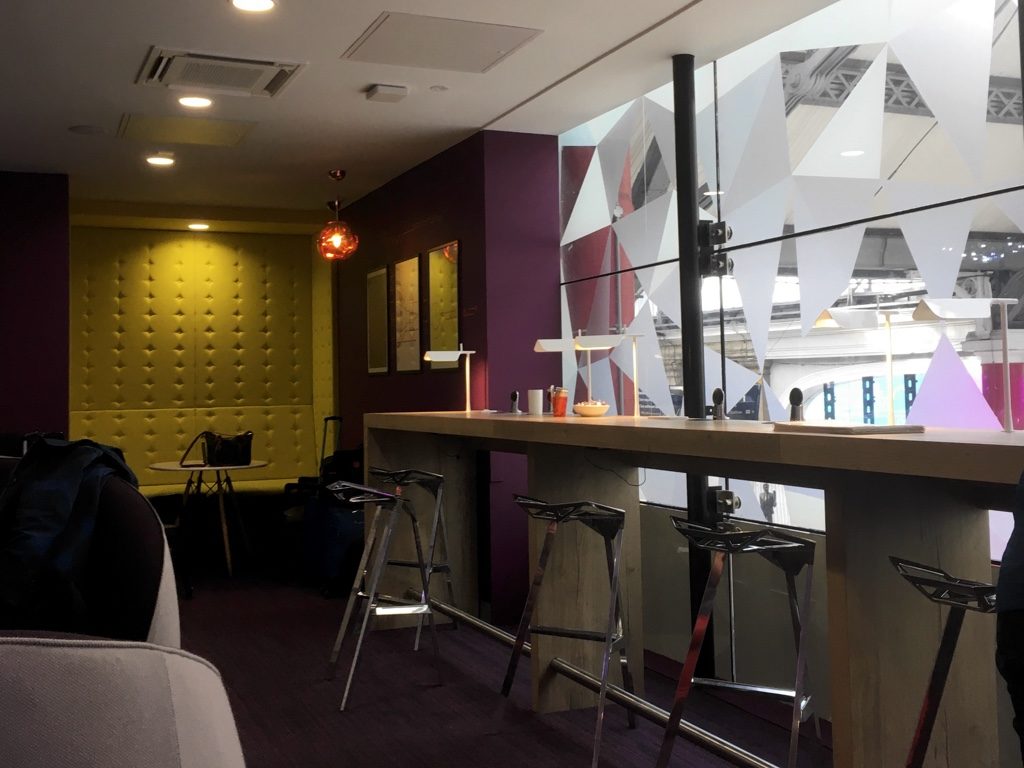 Boarding the train to London, the sense of excitement was building already. Sitting in first class and being fed coffee and bacon rolls added to the joy. Virgin’s Pendolino interiors have never been a winner in the passenger comfort stakes, but first class is at least tolerable – for one thing, the wider seats mean the train walls are not encroaching on your shoulder space. And the Wi-Fi was actually WORKING! Wonders will never cease. 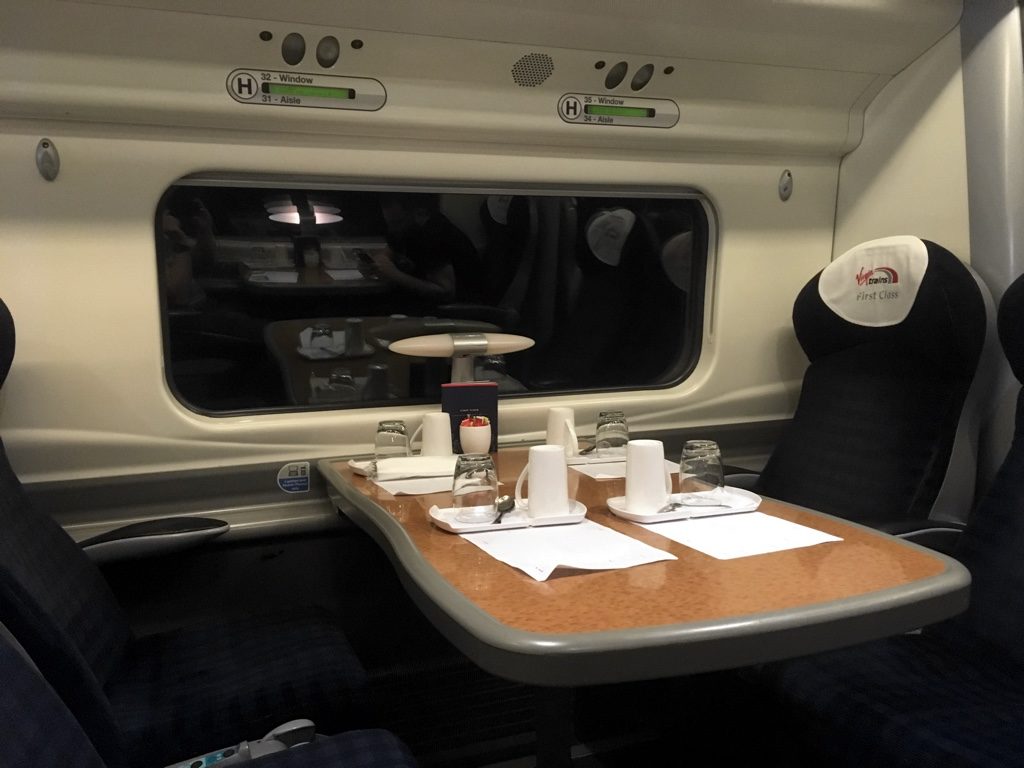 The biggest news from this part of the journey is that Virgin seem to have replaced those annoyingly jokey signs about not flushing goldfish, hopes and dreams down the toilet. However, there is sad news to impart too, as one of the biggest stars of the 1980s now seems to be hopelessly down on his luck.

The conversation flowed easily as we sped down to London. As the minutes ticked by and the scenery flew past the window, my anxiety over the trip – would the trains be on time? Would we get our seats? Would disaster and disruption perturb our journey? – was slowly ebbing away, being replaced by a genuine excitement. 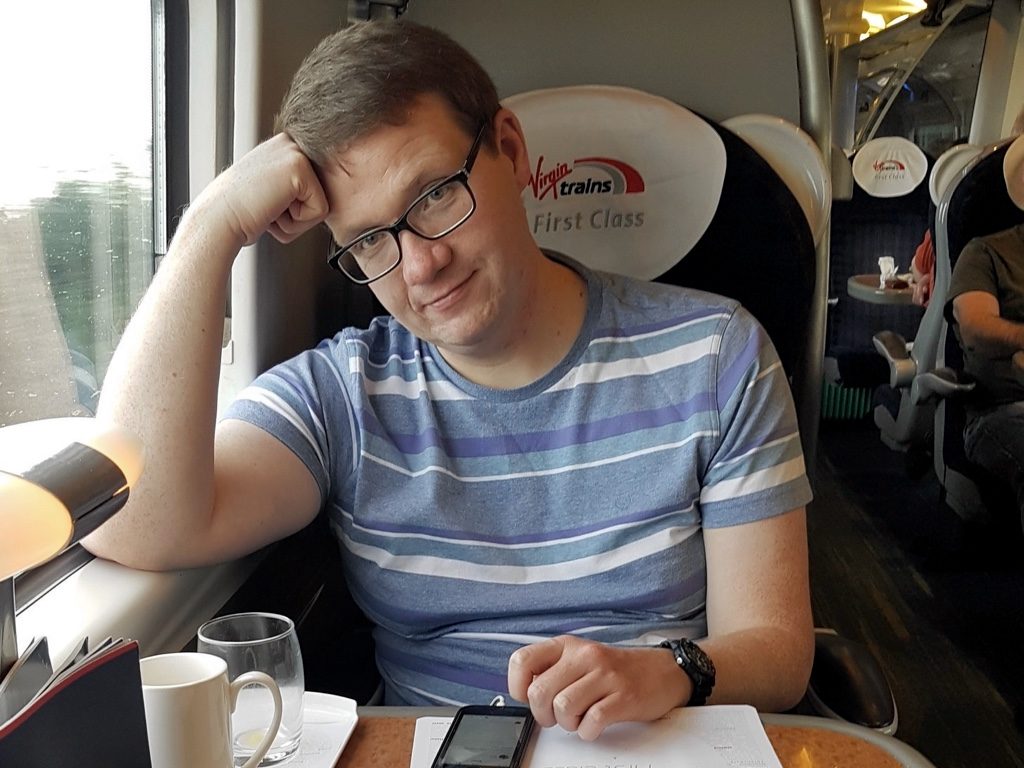 We arrived in London a few minutes late, but still with over an hour to go before we had to check in for our Eurostar train. As we strolled down the Euston Road to St Pancras International, I couldn’t help but smile. Now the real adventure was about to begin. 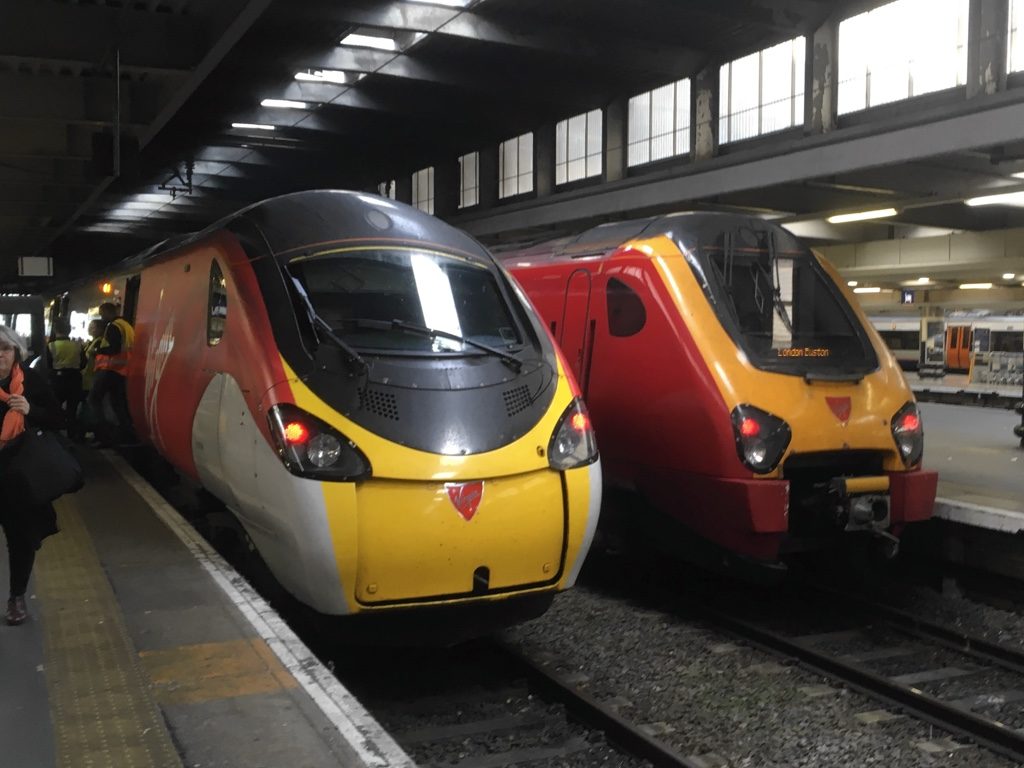